Two major new games have been announced for 2013. 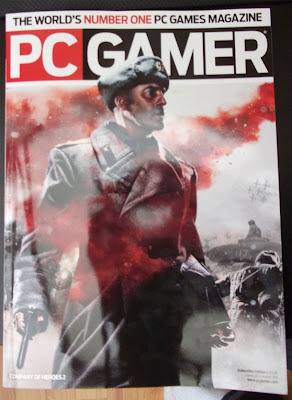 First up is Company of Heroes 2. The original Company of Heroes was released in 2006 and was brilliant, easily the finest RTS released since StarCraft (a position it retained in the face of the latter's good-but-unoriginal sequel). Two so-so expansion packs followed, but it was the game's fiercely engaging multiplayer and its ridiculously inventive mod scene that really made it a success. Eastern Front, in particular, was an amazing mod that allowed players to play as the Russians.

Company of Heroes 2 is due for release in 2013 and will in fact be focused on the Eastern Front, allowing players to play as the Russians against the invading Germans (no word on if players will be able to play as the Germans as well; I assume so). The first game was noted for its destructible terrain and the sequel will continue to evolve that, with soldiers now able to leap over obstacles and snow forming a barrier which can slow troops and tanks down but can also be used as cover. A more robust line of sight will be featured and the game will apparently seek to recreate the massive battles of the Eastern Front, hinting at a possible move to a larger scale than the original game's smaller-sized engagements (D-Day, the largest battle featured in the original game, was only the 23rd largest battle of WWII, most of the bigger ones were fought in Russia).

The new issue of PC Gamer UK (on sale 9 May) will feature a lot more on the game and - most impressively - will come with a copy of the original Company of Heroes for free with every copy sold (UK only, unfortunately). 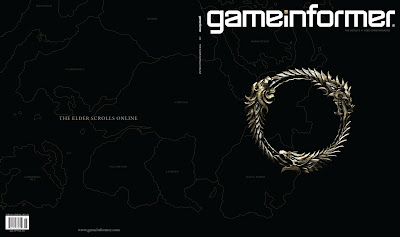 Also announced is The Elder Scrolls Online. In development at Zenimax Online for the past 'several years', the game will be set a thousand years before the events of Skyrim and see three factions fighting for control of Cyrodiil and the entire continent of Tamriel. Based on the Game Informer article, it sounds like the entire continent of Tamriel will be available for players to traverse and fight over. To be honest, it sounds a little MMORPG-by-the-numbers, but then few settings would suit that as well as the Elder Scrolls world. The game will be released in 2013 on PC and Mac.
Posted by Adam Whitehead at 09:40

Check out the leaked GI article on TESO. Unfortunately, it looks 100% like a contrived WoW clone, with little-to-no innovation occurring.