Peter F. Hamilton has provided an update about his current and future writing projects. His next novel will be Great North Road, a massive (350,000-word) stand-alone SF book out in September. 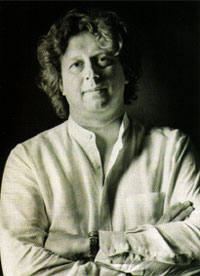 Hamilton has also completed Queen of Dreams, the first in a trilogy called Book of the Realms. This is a fantasy children's book series (not YA, it's aimed at 8-12-year olds) and the books are very short by his standards (the first book is only 52,000 words). He hopes to complete the entire trilogy by the end of this year, presumably for 2013 publication if all goes well.

The next project will be The Fallers, originally envisaged as a trilogy but now possibly a duology. This sequence will be set in the Void some time between The Commonwealth Saga and The Void Trilogy. Amongst other things, the fate of Nigel Sheldon will apparently by explored in this new sequence. I suspect we won't see the first book in that series until 2014 at the earliest.
Posted by Adam Whitehead at 09:59

Wow, what does 350,000 words equate to in finalised hardback format? This sounds like a Kindle purchase to me.

Presumably The Fallers is about the first humans to get into The Void?

Interested to see what happened to Nigel Sheldon. I was really expecting him to reappear in the final void novel :/