Doctor Who at 50: The Wilderness Years 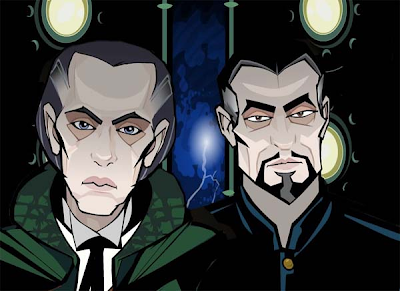 The 2003 animated story Scream of the Shalka, starring Richard E. Grant as the Doctor and Derek Jacobi as the Master, was the most notable project made between the TV movie and the new series.

The Doctor Who TV movie starring Paul McGann aired in May 1996, attracting little interest (and poor viewing figures) in the United States but scoring impressive viewing figures of over 9 million in the UK. The BBC responded positively to the news (most of those responsible for canning the show in 1989 having moved on) and there was a definite feeling that Doctor Who's return as a regular, on-going TV series was now inevitable. This was bolstered by a renewed interest in science fiction elsewhere: the BBC's SF sitcom Red Dwarf was also now one of the most popular shows made by the corporation, scoring viewing figures in 1997 and 1999 (for its seventh and eighth seasons) that would impress on BBC-1, let alone on the sister channel.

Despite this, it took a startling nine years - following the seven-year gap between the end of the classic series and the TV movie - before Doctor Who finally returned to the screens. 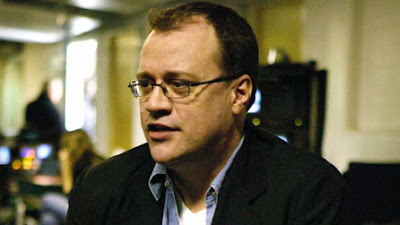 After Fox failed to pick up Doctor Who for a full season order, the production rights reverted to the BBC in 1997. In 1998 Mal Young, a fan of the show, took over as Head of Continuing Drama at the BBC. Peter Salmon, the Controller of BBC-1, was in agreement that the show should return and they worked on various ideas. They agreed that to bring the show back they would need a strong personality to work as executive producer and showrunner. Young recommended Russell T. Davies, an up-and-coming writer noted for his work on the ITV dramas The Grand and Touching Evil. He had also worked for the BBC earlier in the decade, working on the well-received children's dramas Century Falls and Dark Season (which featured the first screen appearance of Kate Winslet). Davies, an enormous fan of Doctor Who, was enthusiastic but also distracted by a series of new projects for ITV and Channel 4.

In February 1999 Davies's latest project, Queer as Folk, began airing on Channel 4. It was almost immediately a massive critical and commercial hit, and Davies became one of the UK's most in-demand writers. The BBC was keen to work with him and news of the Doctor Who discussions leaked, with a title of Doctor Who 2000 mooted for a relaunched version of the show. However, these plans were sabotaged by the BBC itself.

For almost twenty years, the BBC's commercial arm had been keen to make a big-budget Doctor Who feature film. Various discussions with American partners had come to nothing, with some deals being apparently discouraged by the ongoing status of the TV show. With the TV show off the air, BBC Enterprises had stepped up attempts to make a film and the success of the 1996 TV movie provided a springboard for some more substantial discussions. Getting wind of the proposed TV relaunch, BBC Enterprises themselves shut down the discussions on commercial grounds. Attempts to overcome the problems failed, and in 2000 Peter Salmon left the BBC, draining momentum from the project. 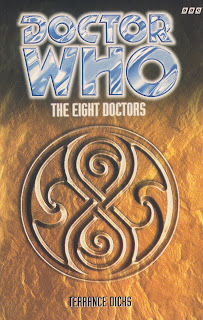 The Eighth Doctor Novels was the successor range to the Virgin New Adventures, eventually encompassing 73 novels published over eight years.

In the meantime, Doctor Who continued to flourish off-screen. The success of the New Adventures novels had inspired the BBC to take over the novel licence themselves and since 1997 had published a large number of books featuring the Eighth Doctor (despite his brief on-screen appearance, Paul McGann was still the 'current' Doctor) and previous incarnations. Despite a dearth of new TV material for more than a decade, Doctor Who Magazine continued to sell impressively. The arrival of the DVD format in 1998 provided the impetus for relaunching the Doctor Who video range on the new format. A company called Big Finish began producing full-cast audio dramas featuring both McGann and previous Doctors and companions. The show's 40th anniversary was also approaching, which would renew interest in the franchise.

Peter Salmon's successor at the BBC, Lorraine Heggessey, proved equally enthusiastic on bringing the programme back. Several further series proposals, one by another up-and-coming TV writer called Mark Gatiss, had stumbled on the rights issues. Heggessey, supported by Jane Tranter (the head of BBC Drama), finally overruled BBC Enterprises by pointing out that since a film version was not in serious development, there was no reason not to pursue the TV option. This was encouraged in July 2003 by the success of Scream of the Shalka, an original animated episode for the BBC website starring Richard E. Grant as the Doctor and Derek Jacobi as the Master. 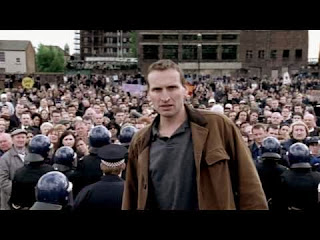 BBC Enterprises relented and Heggessey called in Russell T. Davies for a meeting. Davies's star had risen yet further, having written a successful ITV drama-comedy called Bob and Rose and a controversial religious drama named The Second Coming, in which the son of God (played by Christopher Eccleston) returned to Earth. At the time of the meeting Davies was developing an ITV mini-series called Casanova, to star the then-unknown David Tennant.

On 26 September 2003, two months shy of the show's 40th anniversary, the BBC formally announced that Doctor Who would be returning as an original, ongoing TV series with 13 episodes to air in 2005. Davies would be the new executive producer and showrunner. The fandom greeted the news with cautious optimism.
Posted by Adam Whitehead at 12:36