Guillermo Del Toro is executive producing a new TV series, The Strain (which depicts an infection of New York by creatures that are somewhere between vampires and zombies), based on a trilogy of novels he co-authored with Chuck Hogan. The project originally began as a TV series and became a book series when the original network passed on the project, so it's come full circle. 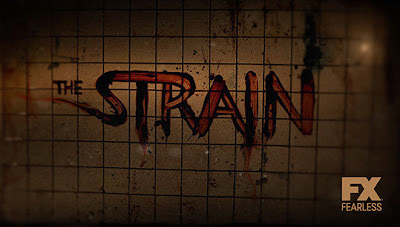 A non-broadcast pilot was produced last year, directed by Del Toro, with John Hurt starring as Professor Abraham Setrakian. Sadly, Hurt elected not to play the role full-time in the series and will be recast. The other castmembers, most notably Corey Stoll as protagonist Dr. Ephraim Goodweather, will be retained. Sean Astin (Lord of the Rings's Sam Gamgee) will also have a recurring role alongside Kevin Durand (Keamy from Lost).

The series has been picked up for a 13-episode first season by FX. Apparently they envisage the show running for either three or five seasons, depending on ratings. On top the normal series budget, FX are also dedicating $500,000 to the creation of the creatures that will be needed for the series.

Del Toro's day-to-day involvement in the show is likely to be limited, especially if the Pacific Rim sequel is greenlit, so the show will be primarily run by Carlton Cuse, the former co-showrunner on Lost.

The books aren't great, but they are serviceable popcorn entertainment. Hopefully the TV series will be a bit better.
Posted by Adam Whitehead at 10:05

Email ThisBlogThis!Share to TwitterShare to FacebookShare to Pinterest
Labels: chuck hogan, guillermo del toro, news, the strain trilogy, this will probably suck but you never know