Telltale working on a GAME OF THRONES game (rumour)

Telltale Games, the well-respected adventure game studio behind the critically-acclaimed Tales of Monkey Island, The Walking Dead and The Wolf Among Us, is developing a Game of Thrones title according to several industry reports. 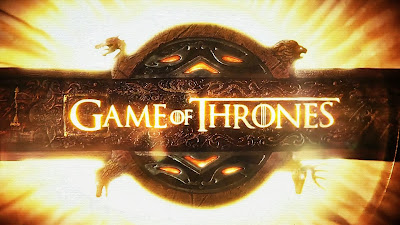 "In the game of Game of Thrones, you win or you reload."

Telltale recently confirmed that they had secured a major and exciting licence. Previously they had spoken of the great potential offered by the Game of Thrones licence for storytelling, and it was a property they were interested in working on:


"I think we’d like to do that. It has a lot of what we need in a franchise, for sure. The intrigue, the threat, that looming threat that can be called in on you at any time. Or someone you love, similarly. It’s a dangerous world, basically, and a haywire, chaotic world with a lot of group dynamics. That’s super interesting."

Based on information from Westeros.org, it appears that such a game would be based on the HBO TV series rather than the Song of Ice and Fire novels. We await official word on the rumours from Telltale, HBO and George R.R. Martin. Based on the superb quality of their Walking Dead game (easily the best slice of the franchise released in any medium to date), I hope this news is true.
Posted by Adam Whitehead at 14:23

Adam, will you be reviewing An Adventure in Space and Time? I watched it on BBC America tonight, and thought it was a fun and sometimes heartbreaking look at the creation of Doctor Who. Bradley was amazing as William Hartnell, and he was only one of a fantastic cast. I actually thought it was better written that Gatiss' work on the show proper.

Based on The Walking Dead games, I can only imagine how many feels there would be in Game of Thrones, with everyone getting constantly murdered

I think there might be some truth in this as Telltale is not denying it, merely not confirming it. One can only hope