Del Rey have released the American cover art for Peter F. Hamilton's new epic SF novel, The Abyss Beyond Dreams, the first novel in The Chronicle of the Fallers duology. 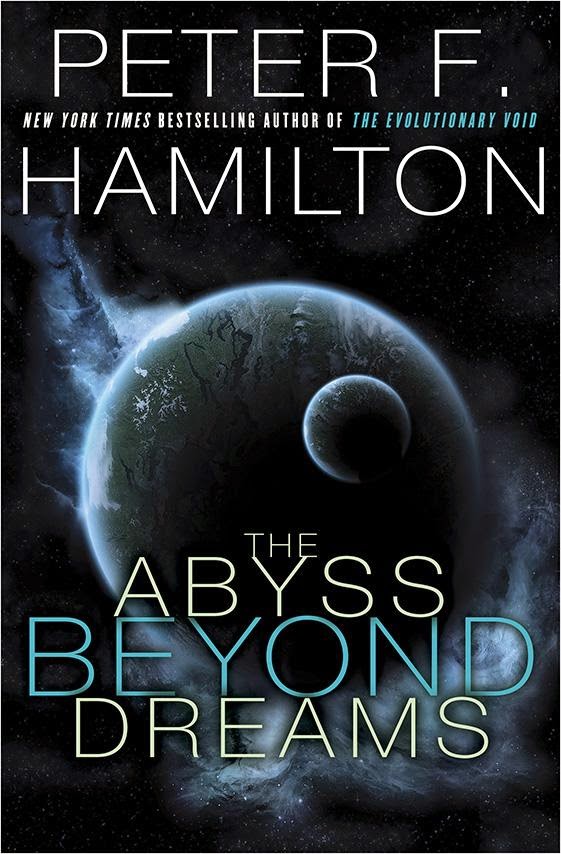 They also have a bare-bones plot summary:

A clash of cultures in the Void pits humanity against a shape-changing alien species, and sees if two warring races can ever cooperate enough to free themselves from their mutual prison.

Series Overview: Peter F. Hamilton returns to the Commonwealth universe with a clash of cultures in the Void that pits humanity against a shape-changing alien species.


The book will be published on 21 October this year, with an estimated hardcover page count of 672 pages. According to Hamilton, the book clocks in at around 198,000 words, surprisingly concise by his standards (The Naked God came in at almost 450,000 words and approximately 1,150 pages in hardcover). The UK edition, from Pan Macmillan, should be out around the same time.
Posted by Adam Whitehead at 13:22

Email ThisBlogThis!Share to TwitterShare to FacebookShare to Pinterest
Labels: cover art, news, peter f. hamilton, the abyss beyond dreams, the chronicle of the fallers

I think that's an improvement over his US covers of the VOID trilogy. I soured on that trilogy towards the third installment, but I think I may go back into this one.

Its a shiny cover. The VOID is the weirdest part of the Commonwealth universe but I can see why Hamilton would want to return to that.

Since it's in the voicd, it's more like a fantasy?

I just can't trust Peter F Hamilton. Not after the Naked God. Its been over 15 years and I should forgive him, but he had the same problems as the writer's of Lost did. He had no idea how to end his story.

Depressed this is set in the Void. The Void trilogy had some great sci fi and some terrible fantasy. The fantasy stuff inside the Void ruined the series imho. I was looking forward to finding out what happened to the Sheldon dynasty when the set sail as it were. Disappointed to find out they ended up in the Void :-/

Man, that's a lot of pages! Nice cover, though.