1976. Two racing drivers are competing for the Formula One World Championship. Racing for Ferrari is Niki Lauda, a studious, restrained, methodical and logical driver. Racing for McLaren is James Hunt, a flamboyant British playboy who prefers partying to doing homework about downforce and aerodynamics. Their radically different styles of driving are put to the test in a season-long showdown that will leave one of them physically scarred for life. 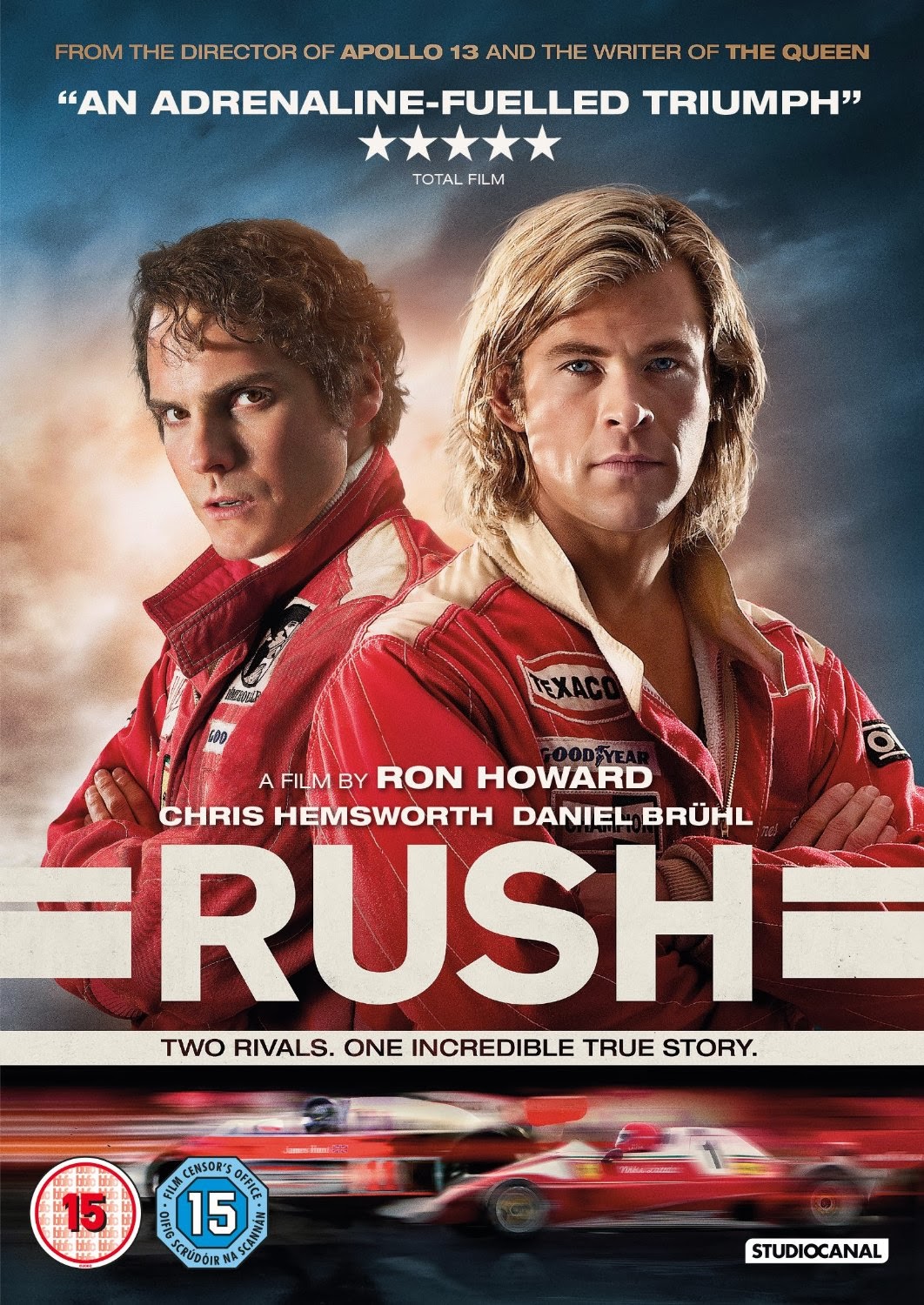 Rush is the movie dramatisation of the events of the 1976 Formula One championship season. This season is infamous for its nailbiting, year-long battle between Hunt and Lauda. The showdown is often cited as being the transformative moment for F1's popular appeal, turning it from a niche sport into a global phenomenon as a result of the sale of TV rights for the whole season, allowing motor sports fans across the world to see every race rather than odd highlights.

It's also noted for another shocking event: at one of the races Lauda's Ferrari spun out and burst into flames. It took a minute for Lauda to be pulled from the car, during which he suffered burns to his entire body. He was rushed to hospital and was not expected to survive, even being given the Last Rites by a priest. Unbelievably, Lauda survived and recovered. Even more unbelievably, he was back in the racing seat just six weeks after the accident, determined to take the championship to the last race, which he did.

If director Ron Howard had made up this story, people would be howling to the rafters about its contrived nature. However, the fact that it is true adds an air of authenticity to the drama which really helps sell the tension.

As well as its story and tension, Rush also does very well with its actors. Chris Hemsworth and Daniel Bruhl play Hunt and Lauda to perfection, with Bruhl in particular going to some lengths to nail Lauda's very precise and distinctive way of speaking, familiar to hundreds of millions of people around the world from almost forty years of working in F1 (as a driver and more recently as a team executive for Mercedes). Other actors tend to fade a little in less-prominent appearances, but Alexandra Maria Lara brings dignity to the role of Lauda's wife, Marlene, and Natalie Dormer has a small but memorable role as a nurse treating Hunt for a crash injury early on in the movie.

Where the film falters is its treatment of the races. Millions of people watch F1 every year all around the world and faking the races with CGI was never going to work (you can tell straight away). Indeed, the few scenes where CGI is clearly used are distracting. At the same time, Howard was never going to get a budget large enough to accurately rebuild 20+ 1976 F1 racing cars and race them at the real circuits, where they have survived (in fact, the $38 million budget is rather small for such a film). The result is a compromise: several real cars are built and raced around, enhanced with CG where necessary, with the distracting use of full-CGI scenes and backgrounds kept to a minimum. This all works reasonably well, but it means that the actual racing is kept to a minimum, with the focus on the drama.

This is where the film comes unstuck. Howard establishes early on that Hunt is the playboy who lives on the seat of his pants and loves partying and women, whilst Lauda is the serious technician who knows the engineering of F1 cars better than several of his dedicated engineers. And that's really it, neither of them change or evolve through the film. Hunts gets married because he thinks it's good for his image and this doesn't work out, which we could guess. Lauda is arrogant and opinionated and is sometimes proven wrong, teaching him occasional moments of humility which never seem to last. A frequent problem of adapting real events into stories is that real life is too disorganised and people too varied to fit into the boxes required by drama, and in this case there isn't enough meat to the story arcs to justify the amount of time that is spent on the non-racing segments.

As a result, Rush (***) feels a little bit lightweight. The racing scenes, where they actually exist, are good. The battle on track and the off-track battle of wills between the two drivers is well-handled, driven by excellent performances. But there isn't enough actual character development to justify the amount of time spent on the non-racing segments, and there isn't enough money or practical ability to focus on the racing segments more successfully than they do here. It all ends up being fun, but with a sense of also being underwhelming compared to some of the actual documentaries covering the events. The film is available now in the UK (DVD, Blu-Ray) and USA (DVD, Blu-Ray).
Posted by Adam Whitehead at 19:13