A band of adventurers are among the mercenaries called in to help defend the remote settlements of Icewind Dale after they come under attack by an army of monstrous creatures. Investigating the causes of the raids, the team embark on a lengthy trek into the hostile Spine of the World mountains. 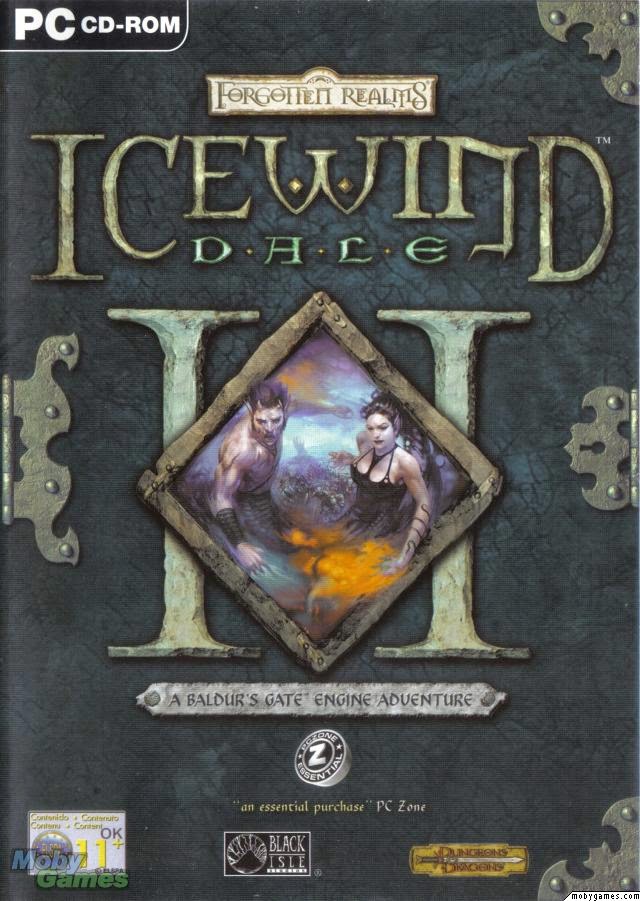 Icewind Dale II was released in 2002 and was the fifth and last game to use the Infinity Engine. Originally used for Baldur's Gate in 1998, the Infinity Engine had powered a whole series of classic roleplaying games and was arguably the last great 2D engine before most games switched to 3D technology. At the time of its release, Icewind Dale II was heavily criticised for using old tech, made even more apparent by it coming out just a month or so after BioWare's Neverwinter Nights, with it's all-singing, all-dancing 3D engine.

Played without regard for such concerns, Icewind Dale II emerges as an enjoyable, solid roleplaying game much in the vein of its predecessor. The Icewind Dale games are very much the 'brainless action movie' branch of the Infinity Engine tree, where combat is emphasised over roleplaying. There isn't anything too wrong with that, especially since Icewind Dale II also puts more emphasis into puzzle-solving, quest-resolving and occasional bursts of proper roleplaying. You still spend 80%+ of the game hacking enemies apart, but there's a little bit more story and character to proceedings this time around.

As with the previous game, you create a party of six adventurers from scratch. Balancing melee combat characters with ranged ones with magic users (and a rogue to help open all of those locked chests of loot) is key to completing the game effectively. Unlike the other Infinity Engine games, Icewind Dale II uses the Dungeons and Dragons 3rd Edition rules which gives your characters much greater choices of weapons (no more arbitrary restrictions by class), classes (no more arbitrary restrictions by race) and skills and feats, which improve your combat abilities.

You start the game in the town of Targos which is under goblin attack. After dispatching the attackers you find yourself running around town getting to know people and finding out more about what's going on. This being a game by Black Isle (which splintered apart shortly after this game's release, the remnants reforming as Obsidian and Troika), with such CRPG luminaries as Josh Sawyer and Chris Avellone working on it, the game features some amusing meta-commentary about the genre. One soldier recounts how he started his adventuring life by killing rats for ages because it was 'character-building', whilst running around town doing trivial odd-jobs for pitiful amounts of money. This was funny at the time, but is slightly tragic in 2014 given how many modern RPGs still insist on using the same structure. 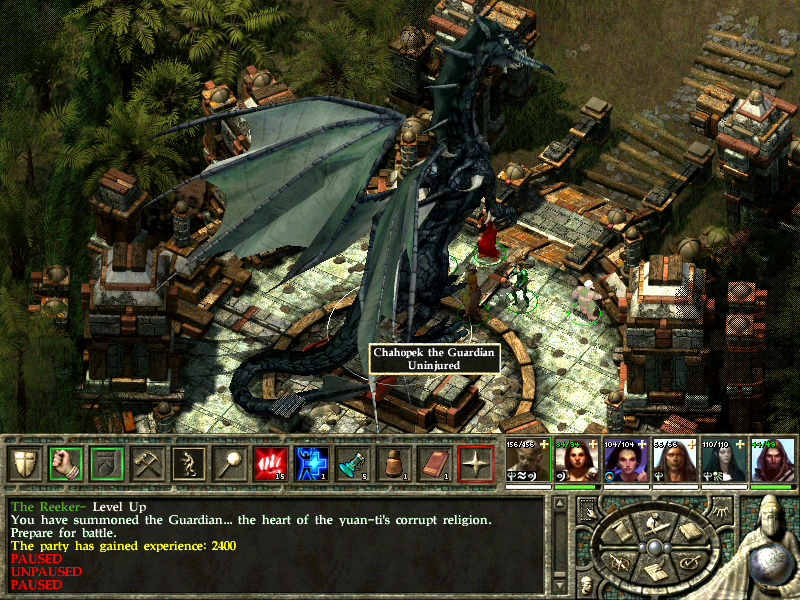 The game is linear, with your team moving from objective to objective without as much ability to go off and do some exploring by yourself (although there a few optional side-quests). This makes sense in the context of the game - you are a mercenary party on a military commission to halt an invading army - and also given the time restrictions the game was made under, but it does feel a little constraining at times. The game is also pretty relentless and, in the midgame especially, becomes something of a grind. The environments are beautiful, ranging from palaces made of ice to spectacular underground caverns and windswept mountain passes filled with snow. However, too often there is little to do in these environments rather than bludgeon lots of things to death and search for loot. There are a few moments of satisfying roleplaying - doing a side-mission near the end of the game makes the final battle considerably easier, whilst you can completely skip a lengthy and lethal battle in a mind-flayer fortress by convincing their relentlessly logical leader that it's just safer to let you pass - but the focus is very much on fighting.

Fortunately the fighting is pretty good. As usual you can pause the game to issue orders and battles soon become a frenzied rush of arrows, swords swinging and spells flying past. As the game progresses enemies become more likely to use magic, so it becomes necessary for your party to use magic to buff your characters or summon small armies of monsters to act as cannon fodder. Unlike, say, the Dragon Age games, which have a seriously tiny spell selection (presumably for simplicity's sake), Icewind Dale II offers a large range of spells, weapons and combat options which can tend towards over-complexity, but also give the player a satisfying choice of tactics to pursue. Many seemingly-impossible battles can be won by simply changing tactics or even just the positioning of your characters: bottlenecking large enemy forces in narrow passages is a simple but often decisive tactic.

So the combat is good, the choices for character development are better than any previous Infinity Engine games and the story is moodily and effectively told through animated storybook cut-scenes. For its time, the 2D graphics are impressive (if inevitably a little pixellated on modern machines) and the music is splendid, though there isn't a whole lot of it. The game is pretty long (clocking in at well over 20 hours) so you get a lot of content for your money. The game gets grindy and repetitive at times, but it's worth persevering for the satisfyingly epic conclusion.

Icewind Dale II (****) is a worthy follow-up to Icewind Dale and a decent conclusion to the Infinity Engine era of roleplaying games. You can get the game now from GoG, where it has been optimised to run well on modern machines, or you can also get it as part of a triple-pack with the original Icewind Dale and its expansions (UK, USA).
Posted by Adam Whitehead at 10:10

I liked Icewind Dale 2 far more than Neverwinter Nights, that's for sure. I still haven't seen a 3d adventure that beats out the old Baldur's Gate-style ones for me.

If you like the Icewind Dale games, I highly recommend the NWN2 Icewind Dale mod. Sticks fervently to the original game and with the 3D graphics, it's pretty incredible stuff. It's over at NWN2 Nexus; the Baldur's Gate Reloaded mod for NWN2 is there as well. It's not as polished as the Icewind Dale game, but there's a new patch on the way soon. :)