Francis Underwood is an ambitious American politician. When a promised cabinet position is given to someone else, Underwoord embarks upon a Machiavellian scheme to get revenge and place himself at the centre of American political power. 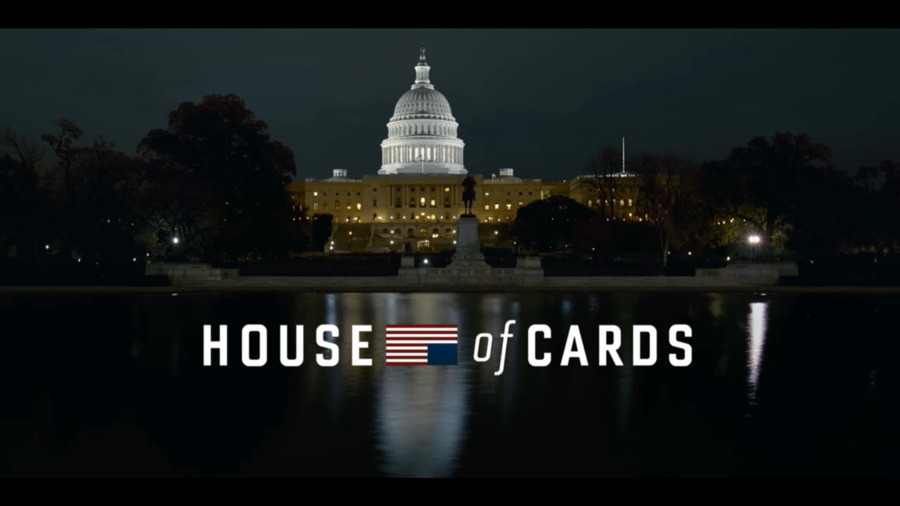 House of Cards started life as a trilogy of novels written by Michael Dobbs, a British politician and senior member of the Conservative Party. The books were adapted for the BBC with Ian Richardson playing the scheming Francis Urquhart, who rises from his party whip to a more senior position through a combination of political acumen, blackmail, engineering scandals and, as a matter of last resort, murder. Both the book and TV series examined politics, power, the media and corruption, with their dialogue forming catchphrases still used in modern British politics. The series is regarded as a classic, with Richardson's portrayal of the monstrous Urquhart being a masterclass in screen villainy.

Two and a half decades later, we have the American remake. The action is moved to Washington, D.C. and the story is modified to take into account a much greater running time (thirteen episodes per season compared to the British four), a much larger cast and changes in technology in the intervening years. In particular, the journalist subplot is now modified to take into account the growing influence of social media on modern politics, picking up on themes previously seen in the final season of The Wire (although, like that season, House of Cards struggles to say much beyond the obvious about the decline of print journalism). Obviously the politics are tweaked to match the American political system. Despite all of that the original story shines through, enough that if you are familiar with the original than the plot risks becoming predictable.

Fortunately, this problem is reduced by the sheer quality of the production. This is a glossy, expensive series with a cast of top-drawer American talent. Familiar faces Kevin Spacey and Robin Wright anchor the production through intense performances. Spacey hides steel and resolve behind a veneer of Southern courtesy and charm, an effective device which starts to wear a little thin by the end of the series. Underwood's machinations are impressive, but his utter contempt for those he considers inferior and whom he doesn't need is so obvious that it's questionable if he would have really gained the reputation he has in the series. One episode, in which Underwood is reunited with his old military college buddies, hints at a much lighter and more fun person that Underwood has had to suppress in furtherance of his career, but it's the only moment where character or emotional development takes place. The asides to camera from the original series are also retained, although they are a little bit more inexplicable in this new version: Richardson dominated the original series and was in the overwhelming majority of scenes, so it made more sense. Here the cast is more of an ensemble and just one of them breaking the fourth wall feels a little pointless . It also doesn't help that many of these asides are either random ("I detest children. There, I've said it!") or tell us the obvious, but Spacey sells even the tritest lines with conviction and menace.

Wright's performance as Claire is more impressive. Claire is a more complex figure, as ruthless as Underwood in some respects but also possessing (slightly) more of a conscience. She also has more regrets about how much pursuing her husband's career and developing her own (as the head of a charity) has forced her to sacrifice her personal desires. If Underwood has no real character growth in the series, Claire makes up for it, especially when their objectives clash.

The rest of the cast is effective, with Corey Stoll charismatically playing congressman Peter Russo, a man of conviction and integrity whose life is undermined by substance abuse and conscience-shattering political compromises. Russo's character arc is somewhat mechanical and predictable (especially if you've seen the original series) but the actor manages to sell even the more eyebrow-raising character turns. Kata Mara is also effective in her role as journalist Zoe Barnes. Whilst Barnes's character arc is reasonably well-done (believing herself to be in a role of mutual manipulation with Underwood, which turns into a realisation she may have been cynically used to help his planned ascent to power), her choices and decisions make her a less than likable figure, which is a refreshing choice for what is presented as the leading female protagonist of the series.

The show is mostly well-written, though not as well-written as it thinks it is. There is a thin line between profundity and pretension and the show makes a habit of stumbling into the latter whilst searching for the former. The writing aims to make the dialogue snappy, intelligent and witty and succeeds more than it does not, but when it fails the dialogue can become leaden, over-expositionary and redundant. Some of these issues are artifacts of the massively expanded running time: by the end of the first season of thirteen episodes, the story has not even reached the end of the first British season of just four. There's a huge amount of filler in the middle episodes, some of it well-handled but a lot of it just feels pointless (the 'Peachoid' incident most notably). It might be wished that the show had more ambitiously adapted the entire original British series (twelve episodes in total) and had left it at that. Structurally, this expansion to (at least) thirty-nine episodes feels like the show is bloating itself out too much in the name of commercial success.

Still, as often as the show stumbles and as padded as it is, the first season of House of Cards (****) is still a success, driven forward by splendid performances and a coldly cynical assessment of how American politics work. The season is available now in the UK (DVD, Blu-Ray) and USA (DVD, Blu-Ray).
Posted by Adam Whitehead at 17:55