A Rough Guide to Sanderson's Cosmere

Brandon Sanderson's latest fantasy novel, Words of Radiance, is out and doing very well, topping the New York Times bestseller list and hitting #2 on the UK's Sunday Times list. The novel is the second book of ten planned in The Stormlight Archive series, but it is less well-known that it is also the eighth novel in his Cosmere setting, which will eventually total over 40 novels. 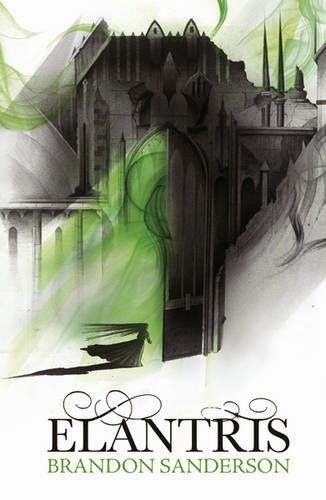 This article includes detailed discussions of events some readers may be unaware of in Sanderson's novels. Spoilers for Elantris, Warbreaker, the Mistborn trilogy, The Alloy of Law, The Emperor's Soul and both Stormlight Archive books (including the recently-released Words of Radiance) follow.

The Cosmere can be likened to how most (or indeed all) of Stephen King's novels and stories take place in the same universe, something that is for the most part completely irrelevant to the book at hand but occasionally becomes important when characters cross from one novel to another (like Randall Flagg appearing in both The Stand and Eyes of the Dragon). It wasn't until King wrote and completed his epic Dark Tower cycle that the connections between all of these books and characters became clear; prior to that point it was more like an assorted collection of Easter eggs for hardcore fans to puzzle over and analyse.

Sanderson's take is a little bit more involved and slightly more prevalent in each book, however. The Cosmere itself is a collection of various planets all linked by a shared extradimensional realm known as Shadesmar. Collectively these worlds are located (relatively) close to one another in a compact dwarf galaxy, and Sanderson has indicated that later books will show people crossing between worlds using starships equipped with magic-powered FTL drives. However, at this stage crossing between the worlds is only possible by magical means and limited to a very small number of people. 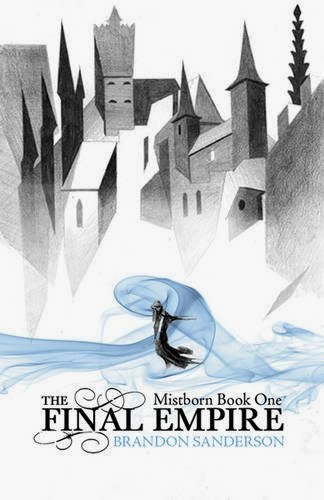 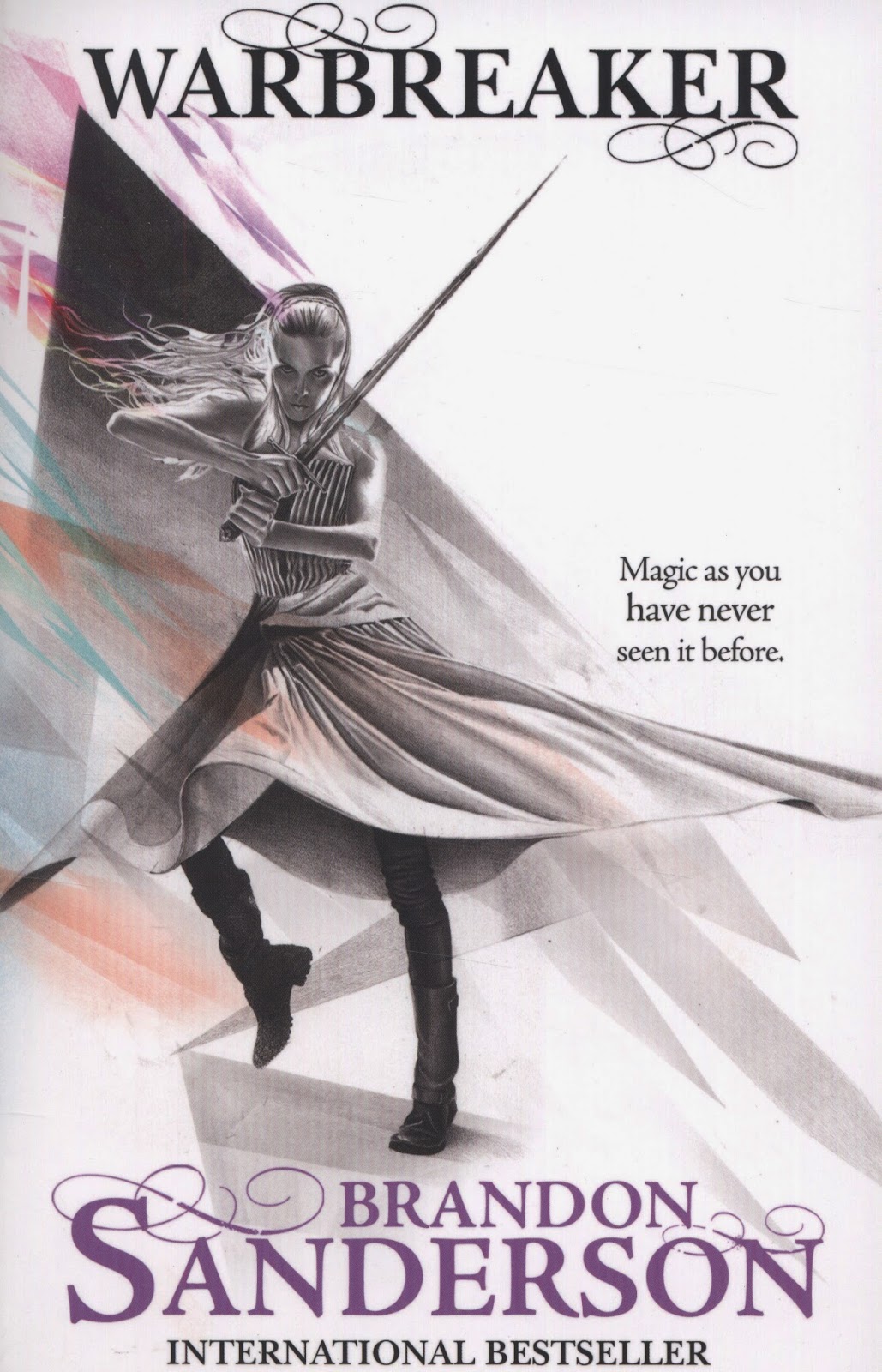 Worlds of the Cosmere

The Cosmere appears to hold countless inhabitable (and maybe inhabited) planets. At least ten of these worlds are important in being 'core Shardworlds', where one or more Shards of Adonalsium are located.

The confirmed core Shardworlds so far are:
A further planet named Threnody is the setting for Shadows for Silence in the Forests of Hell. Threnody is apparently a minor world of limited importance in the grand scheme of things. Sanderson is also writing a short story called Sixth of the Dust which will similarly be set on one of these 'minor Shardworlds'.

The Cosmere and its Shardworlds (core and minor) seem to mostly work as does the real universe: there are galaxies, stars, planets orbiting them, moons circling them etc. Roshar, for example, is apparently less dense planet than our Earth (and is possibly smaller) and this results in a gravity field only about 70% as strong. Earth does not exist in this universe, and Sanderson uses this to help delineate which are Cosmere novels and which are not (so his Alcatraz, Reckoners, Rithmatist and Legion series, which are all set on Earth or a parallel universe version thereof, are not part of the Cosmere). In the Cosmere universe, the original homeworld of humanity appears to be Yolen. 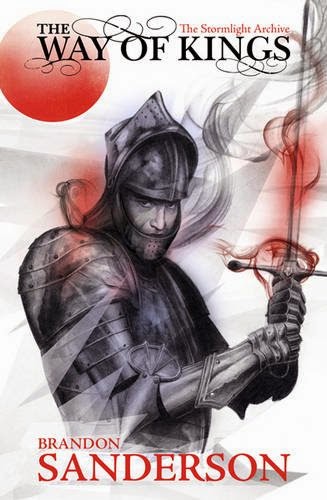 The Shards of Adonalsium

Adonalsium is a force named several times through the books, but its nature, origin and purpose remain totally unknown. Some have speculated Adonalsium was a supernatural entity of some kind (like a god or deity) whilst others has suggested that Adonalsium was a binding force of energy or reality. For reasons that remain unknown, Adonalsium was shattered into sixteen 'Shards'. The Shattering appears to be the most important moment in the backstory of the entire Cosmere setting, and it would appear possible that it will be explored in either The Liar of Partinel or the later-set Dragonsteel series, which are set on Yolen where the Shattering seems to have taken place.

The Shards can best be described as forces of magical power and focus. Each Shard has different capabilities, and each one of the magic systems in Sanderson's books appears to be derived from one Shard, or sometimes the interactions between several. Shards are not physical objects, as such, but seem to be conceptual ideals/ideas which can be possessed by humans. Humans who take control of Shards take on the characteristics and personalities associated with that Shard, sometimes with disastrous results. For example, the original holder of the Shard Ruin, Ati, was said to be a kind and gentle man but was corrupted by the Shard into the monstrous force of destruction mentioned in the backstory to the Mistborn novels, and eventually had to be slain. Shards can be 'splintered', which appears to dissipate their power amongst lesser forms, but it is unclear if they can be recombined later on. More intriguingly,  the effects of Shards can be combined into new forms. For example, at the end of the first Mistborn trilogy the powers of the Shards of Ruin and Preservation are combined to become Harmony. Whether it is possible for all sixteen Shards to be recombined and Adonalsium, whatever it was, to be recreated in this manner is not known.

The known Shards and their locations and holders are:
There are seven as-yet unidentified Shards. The so-called 'Seventeenth Shard' is not a literal further Shard, but an organisation of worldhoppers who keep track of the Shards and what is going on on the various Shardworlds.

Hoid is notable as the only character to appear in all of Sanderson's Cosmere works to date, either directly or through writings or other evidence. According to Sanderson, Hoid is not the most knowledgeable or experienced 'worldhopper' in the Cosmere, but is notable for his independent streak (not being part of the Seventeenth Shard, at least not anymore) and also for having been present at the Shattering. Hoid appears to be quite old, intimating on occasion that he is hundreds, if not thousands, of years old. Hoid's origins are murky, but a letter suggests that Hoid is not his real name and he took the name from his slain mentor (sample chapters from The Liar of Partinel suggest that Hoid's real name is Midius, but this information is non-canon until the book itself is completed and published).

Hoid's appearances in the Cosmere books are as follows: 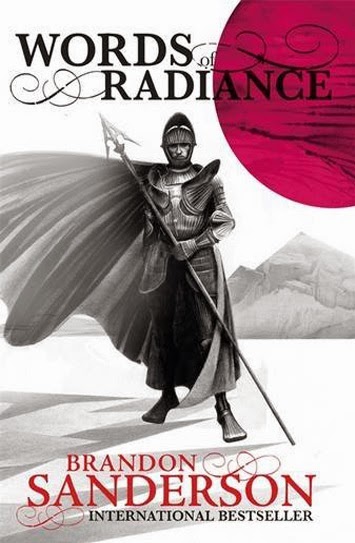 In the earlier books, it appeared that Hoid was the only worldhopper at large in the Cosmere. However, both The Way of Kings and Words of Radiance reveal the existence of other worldhoppers, some of whom we have met before in other books. These are as follows:


So what does it all mean?

The shape of Sanderson's cosmology and setting is much clearer now and we will certainly learn more about the Cosmere through future books. However, it sounds like we might have a very long (more than a decade?) wait before we get to The Liar of Partinel and the Dragonsteel books which will fully explain what is going on. In the meantime, we can theorise and assess.

For those interested in exploring these things further, the Seventeeth Shard website features significant discussion of the topic. The accompanying wiki, Coppermind, also features a lot of more detailed information about the Cosmere and what is and is not a part of it.

I need to finish Words of Radiance, myself.

I stopped reading at the "spoiler warning" but have a question as I do intend to get around to reading Sanderson - is there a set order I should read his books in? By publication date? Some of his series but not others? (or am I over-complicating things...?) Thanks.

Publication order is fine. I also think you can mix up the order of ELANTRIS, MISTBORN and WARBREAKER any way you like (ELANTRIS may not be the best place to start, as it's his weakest novel). STORMLIGHT is where all of these connections become much more apparent than in the earlier series, so I'd suggest familiarising yourself with his other work before that one. STORMLIGHT is designed to stand alone, but I think taking on board all the Cosmere stuff and being aware of it makes it a richer series.

This is fantastic! Thank you!

Great job summing it up. Not sure if coppermind is an appropriate place for a central "Quick Start to the Cosmere" but it'd be great to have this on a wiki somewhere so it can be updated as new books are published.

1. Citations for both facts and speculation threads. There were a couple of surprises for me in here and I'd like to look back at where we found it out or to see people's justification for their speculation.

2. Flagging the speculation somehow so its easier to find and update when new books are published.

3. You mention Shadesmar. Maybe put that in context of Realmatic Theory

Had no idea of the future Mistborn plans. Really makes me want to read that series too!

I need to read book 2 of the Stormlight archive. Just reluctant given the size.

When I read Mistborn 6 years ago I had no idea I was getting sucked into a 40+ book series!

Thanks for this... Concise and informative. I knew most of this that is canon. The only thing that surprised me is, I finished WoR without having the faintest idea that Zahel is actually Vasher...

To those asking where to start, I suggest Mistborn trilogy, followed by Elantris, then Warbreaker, and finally The Stormlight Archive...

Mike - everything I've read from the Cosmere has been very satisfying. I loved Mistborn, the series is fantastic and works as a stand alone.

Excellent work! Concise and accurate. Well done. Just a couple of quick comments: Hoid does not appear in "Shadows for Silence in the Forests of Hell" nor, as far as I can tell, in "Sixth of the Dusk." (BTW, it turns out to be Dusk rather than Dust.) Also, Khriss is a character in "White Sand."

Excellent summary -- even a few tidbits that I didn't know (or had forgotten). Just a few minor points:
- Khriss is female.
- I don't know that I'd consider Hoid "disguised" in his appearance in Warbreaker. He really is a storyteller, and he was using the name Hoid openly.
- I believe "Temoo" is Demoux, not Galathon -- the 17th Shard don't need to have codenames when they're not dealing with other worldhoppers. "Temoo" is merely the phonetic understanding of "Demoux" that a Roshar guy could assemble.
- Nazh also makes a couple small cameos in WoR, other than his artwork/records. Specifically, Rock talks about an odd ardent who kept drawing stuff who came asking to share the soldiers' stew.
- Besides "Shadesmar" (which might be a name for the Cognitive Realm only used on Roshar), the worlds are also all connected by the "Spiritual Realm." We know little about it, though.
- Sanderson has mentioned that Kelsier (in the afterlife) and Hoid are quite hostile to one another. I suspect that it was Kelsier's influence, not Ruin's, that steered Vin away from Hoid in HoA.

It doesn't feel like it, I promise! You can read each separate book/series as a stand alone. It's so worth it though! If you read one you won't want to stop!

Is there an updated guide now that we have a few more books out (up to and including Oathbringer)?

Great job! Pretty sure Skyward is a non-commerce novel, so you probably should remove it from the list.