HarperCollins Voyager and Bantam Spectra have revealed their new tie-in editions for the new season of Game of Thrones, and they are taking rather different approaches to it. 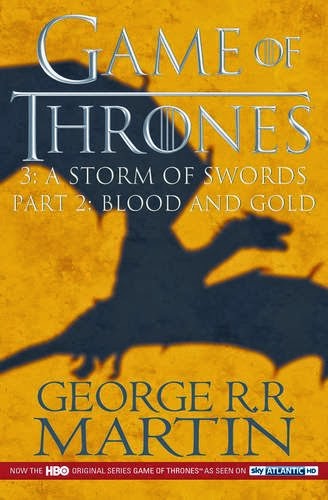 First up is HarperCollins, who are using their fourth paperback volume for the job. A Storm of Swords Part 2: Blood and Gold, appropriately is the second half of A Storm of Swords. For the cover, they have surprisingly gone with a re-coloured version of last year's HBO logo rather than the current year's. With each season having its own logo, there was no need to re-use last year's one.

With the UK paperback volumes of ASoIaF split into seven volumes (so far), they have enough books to cover most of the series, and of course more than enough when The Winds of Winter comes out. 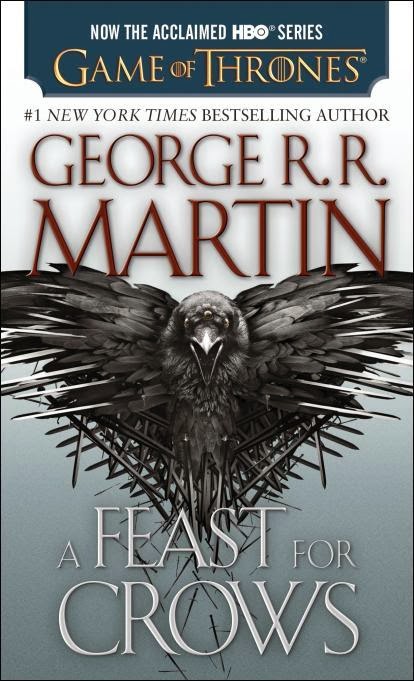 For the USA we have Bantam's cover for A Feast for Crows, which does feature this year's logo. This is a little bit more awkward, as after this Bantam only have their one-volume paperback edition of A Dance with Dragons for next year and then they run out of books to match up with seasons. The Winds of Winter may be out in hardcover in late 2015 or early 2016 (hopefully), but based on the last two books it likely won't be released in paperback until after the show concludes (in 2018 at the latest).
Posted by Adam Whitehead at 09:01