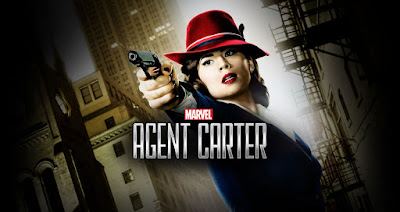 Agent Carter recently completed its second season on the channel and, despite excellent reviews, was widely expected to get the chop after disappointing viewing figures. However, star Hayley Atwell impressed the suits at ABC so has been cast in an upcoming new legal series, Conviction, that will air on the channel.

More surprising was the decision to cancel Most Wanted, a spin-off from Agents of SHIELD, before it even aired. The show would have starred Bobbi Morse, aka Mockingbird (Adrianne Palicki) and Lance Hunter (Nick Blood), having been forced to quit SHIELD (in the Agents third season episode Parting Shot) and set up as independent contractors. A pilot had been shot and aired to executives, and Marvel were keen to move forwards, having tried once before to get Most Wanted off the ground and having developed a solo Mockingbird TV series back in 2011 which didn't get to air. 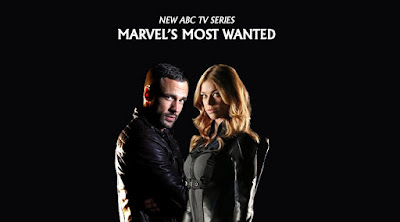 The back-and-forth may be the result of internal tensions between ABC, Marvel and their mutual parent company Disney, not to mention the rumoured ongoing discontent at ABC with Agents of SHIELD's highly inconsistent ratings performance (in the third season ratings have dropped from 5 million to almost half that before hovering back up at around the 3.5 million range). It may be that Carter and Most Wanted were sacrificed to ensure that Agents of SHIELD was renewed for a fourth season, as it was in March.

The problems at ABC stand in stark contrast to the Marvel shows that have been developed and aired on Netflix, with both Daredevil and Jessica Jones attracting blanket critical acclaim and huge viewing figures (helped by Netflix being a global platform). A third series, Luke Cage, will air later this year, to be followed by Iron Fist and The Defenders next year, and The Punisher probably the year after. Some fans have expressed hope that Agent Carter may be resurrected in the future on Netflix, which is certainly possible but not on the cards at the moment.

The fate of the characters of Morse and Hunter is now uncertain, as the actors had to leave their regular gigs on Agents of SHIELD to film the pilot for Most Wanted. It is unknown if their characters will now be rejoining Agents of SHIELD next year.
Posted by Adam Whitehead at 15:09