Star Trek at 50: Phase II and The Motion Picture

Star Trek: The Original Series ran for three seasons on NBC from 1966 to 1969 and was a modest success. However, the show really found its footing in syndication and became a huge smash hit, with millions of viewers tuning in. In 1973-74 an animated series aired which was moderately successful, but fans were clamouring to see more live-action adventures. 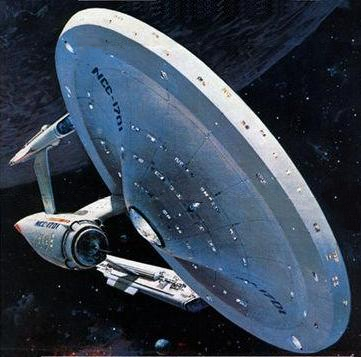 
So were Gene Roddenberry and Paramount Pictures, who had inherited the Star Trek franchise when they bought up Desilu. However, there were early disagreements over how to proceed. The fans wanted a new TV series which could explore many more characters and stories. Paramount were keener on a mid-budget film series. The cast were divided, but certainly Leonard Nimoy was highly ambivalent over returning to play Spock on a regular basis out of fear of typecasting (perhaps groundlessly, as he had among the busier post-Trek careers of his colleagues).

In May 1975 Paramount decided to proceed with a feature film and Roddenberry began considering ideas. He initially toyed with a prequel showing the Enterprise crew forming and coming together, but ultimately settled on the idea of a malfunctioning AI declaring itself a deity and travelling towards Earth. With the working title The God-Thing, the script underwent several revisions with writers such as Theodore Sturgeon and Robert Silverberg taking passes. However, Paramount were unnerved by the script's anti-religious overtones (especially the insinuation that by the 23rd Century religion had effectively become extinct on Earth) and pulled Roddenberry from the project. The new creative team developed a fresh idea called Planet of the Titans and considered a more action-oriented story featuring Spock fighting a Klingon nemesis played by Japanese actor Toshiro Mifune.

Two years into development, Star Wars was released and Paramount got cold feet about launching a mid-budget production that would not be able to compete with George Lucas's movie in terms of visual effects. Reasoning that audiences would not be interested in two movie SF franchises at the same time, they brought Roddenberry back in and began developing a new Star Trek series, with the working title Phase II.

With Paramount looking to put the series into a reasonably fast turn-around to debut on their new TV network, Roddenberry quickly reworked The God-Thing into a much-less controversial script called In Thy Image, now envisaged as a two-part pilot episode. The new series would see the bulk of the old crew (including Kirk, McCoy, Scotty, Sulu, Chekov and Uhura) return on a drastically upgraded and rebuilt version of the Enterprise, Roddenberry using the real-life naval tradition of "refits" to justify the change in design. New characters would also feature, most notably Commander Decker as first officer, Lt. Ilia as a psychiatrist and counsellor and Lt. Xon as the new science officer. Spock would be reduced to a recurring role, playing a large role in the occasional episode but sitting out of most episodes. This was to satisfy Leonard Nimoy's conflicting desire to still do the series as a professional courtesy to Roddenberry and the fans, but not commit to it to the exclusion of other projects.

Sets were designed, costume and make-up tests were undertaken and original designer Matt Jefferies began updating the Enterprise model. Everything was going well and it looked like Star Trek: Phase II would enter production in November 1977. 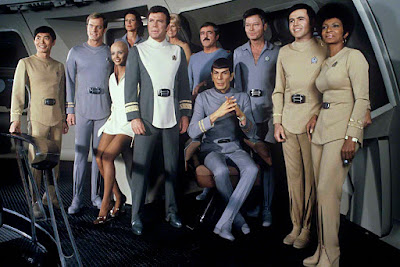 The cast of Star Trek: The Motion Picture.

What happened next took everyone by surprise: Paramount announced the cancellation of Phase II less than a fortnight before filming was due to begin. Apparently the studio had gotten wind of the pre-release excitement and hype for Close Encounters of the Third Kind, whilst Fox had announced that a Star Wars sequel movie was in development. Paramount had concluded that the marketplace could sustain multiple big SF movies simultaneously, and this was confirmed when Close Encounters came out at the end of November and was a massive hit. Paramount mandated that not only would Star Trek now become a feature film, but it would be a big-budget affair. But they wanted it in production yesterday.

Roddenberry and his team of writers began reworking the script for In Thy Image into a movie script. With a much bigger budget available, they mandated sweeping shots of much more elaborate starship models than they had first envisaged and ordered the construction of much larger and more elaborate sets. Satisfied with early work, Paramount announced in March 1978 that Robert Wise would be directing Star Trek: The Motion Picture, based on a script by Harold Livingstone and a story by Gene Roddenberry. The budget was set at $15 million.

Richard Taylor and Andrew Probert updated the Enterprise design and model from the Phase II version into what would - arguably - become the most iconic and definitive version of the ship for the films. Syd Mead was brought into design the V'Ger spacecraft, a titanic model that ended up being over 68 feet (21m) long.

Filming began on 7 August 1978; delays had been caused by script dissatisfaction, especially with the ending, but these had been overcome. The intervening period had also been useful in allowing Gene Roddenberry to convince Leonard Nimoy to play a larger role in the story (Nimoy had originally planned to sit out the film altogether). However, as filming started the script was still being tweaked, with Roddenberry, Robert Wise and even Nimoy and Shatner suggesting a near-constant stream of updates and changes. There were also significant production problems, including faulty lights, dubious electrical issues and illness among the cast.

Shooting finally wrapped on 26 January 1979, 125 days after it began, and a massive wrap party was held. Post-production then got underway, but even this spiralled out of control as the effects shots became more and more elaborate. Multiple companies and effects teams were brought in until Douglas Trumbull stepped in. Despite having only nine months to complete twice as many effects shots as Star Wars (which was developed over a three-year period) and a famously exacting nature, Trumbull managed to pull off the feat. However, the effects budget had ballooned out of control in the meantime.

Star Trek: The Motion Picture was released on 7 December 1979. To the horror of Paramount, the budget had ballooned to $46 million (over four times the budget of Star Wars and almost twice the budget of its then-in-production sequel, The Empire Strikes Back) and they began to fear a disasterous flop. Fortunately, this didn't happen. The film made $11 million on its opening weekend, which was considered very good, and ultimately the film grossed $139 million worldwide. This was not considered to be a massive, phenomenal success, but it was considered to be a good return given the critical reception.

The film was dubbed Star Trek: The Slow Motion Picture almost immediately, with critics agreeing that the effects were dazzling but went on for far too long at the expense of characterisation. Robert Wise later regretted not test-screening the movie first, as he could have cut out some of the effects and reinstated some of the character material that had been cut for time. However, the film's cerebral core and interest in diplomacy and science over action and violence did go down quite well with some viewers and fans, who had feared a violent action-fest inspired by Star Wars.

With the film a success, Gene Roddenberry presented Paramount with an idea for a sequel, involving time travel and the assassination of JFK. Paramount thanked him for his and "kicked him upstairs" to a consulting role. They brought in a new writer and producer, Harve Bennett, who had been doing good work on television working on low and mid-budget productions. They asked him for his honest thoughts about The Motion Picture and he replied that he found it a bit boring. They then asked him if he could make a sequel for "less than forty-five f***ing million dollars". Bennett said he could make five movies for that amount of money. Bennett was hired on the spot. He did raise one objection: he'd never actually seen any Star Trek. He was given a screening room and the reels of all 79 episodes to familiarise himself with the characters and premise, as well as look at ideas for a story. Bennett was actually looking for something more specific: an antagonist, juding it a major weakness of The Motion Picture that it had no enemy or bad guy. It actually wasn't that long before Bennett found what he was looking for. 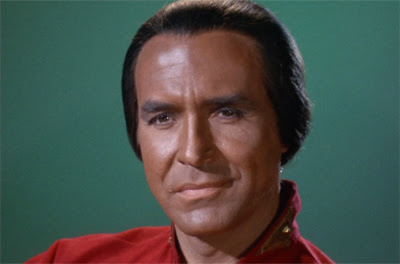 I'm still pretty convinced that fans love Wrath of Khan so much because it's so much more like Star Wars, with that central villain thing pinned down rather neatly. It's the polar opposite of The Motion Picture. But is it really that good? The ending is classic, but I'm never quite sure that the rest of it is as good.