The name of Star Wars Episode VIII, which is currently filming, has allegedly leaked. You can find the title after the jump. Clearly, SPOILERS ahead. 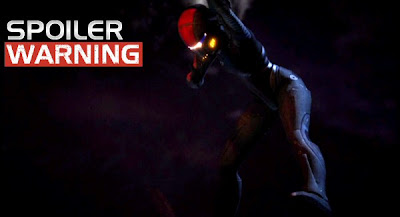 The title of the film is allegedly Fall of the Resistance. Apparently the title was found on a Lucasfilm promotional board ahead of an upcoming fan event. 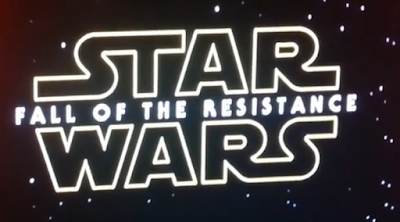 Star Wars films have a history of fairly bland, descriptive and literal titles - Return of the Jedi, Attack of the Clones - so that fits. But it's still a little boring. Hopefully we should get confirmation of the title soon.

Star Wars Episode VIII will be released in December 2017.
Posted by Adam Whitehead at 16:10

Can still change at the last moment. I still remember buying Star Wars figures at the toy shop, sold in packaging titled of "Revenge of the Jedi".