Some details about the cancelled Game of Thrones spinoff show The Longest Night* have been revealed thanks to Redanian Intelligence (rapidly establishing itself as the new go-to place for fantasy show news and rumours) and YouTuber Lucifer Means Lightbringer, who spoke to an extra involved in the production of the pilot (although please note the latter claims have not been additionally verified). 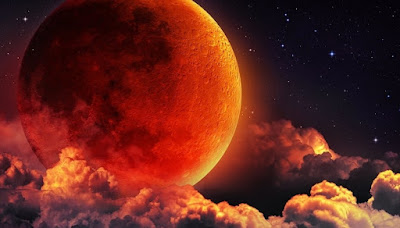 The Longest Night was the first Game of Thrones spin-offs to be commissioned. A pilot episode, entitled Bloodmoon, was shot last summer and was presented to HBO executives in the autumn of 2019. After several weeks debating the merits of the show versus several other Game of Thrones projects they had under discussion, HBO decided not to proceed with The Longest Night and cancelled it, instead ordering directly to series a second project called House of the Dragon, which we learned this week was looking to cast key characters from the civil war known as the Dance of Dragons.

This leaves the question of what The Longest Night was going to be about still hanging. We know that it was going to be set during the Long Night, the generation-lasting period of darkness and ice during which time the White Walkers (known as the Others in the books) invaded Westeros and unleashed a period of ice and terror that was halted by the War for the Dawn, when the Last Hero defeated the White Walkers and drove them back into the North. The Wall was raised to bar their return. According to traditional history in the books, this period takes place about eight thousand years before the events of the novel series, although in interviews and in some passages in the books, George R.R. Martin has suggested this date is erroneous and the true figure is between four and five thousand years earlier.

Whilst stirring stuff, it's a bit light on the specifics, which the leaks have shed some more light on.

We already knew that Naomi Watts was playing a noble lady, but it's now been revealed that her character had a daughter, played by Amy McPherson. The Children of the Forest were also going to play a major role, with Leaf (who appeared in Game of Thrones itself) returning, this time played by Doyin Ajiboye. Leaf would have been a series regular. Two other Children would have been recurring characters: Cloud (Seyi Andes-Pelumi) and Lake (Felicia Mukasa).

Other confirmed castmembers from the project included John Simm, Josh Whitehouse, Naomi Ackle, Denise Gough, Jamie Campbell Bower, Sheila Atim, Ivanno Jeremiah, Georgie Henley, Alex Sharp and Tony Regbo. S.J. Clarkson directed the pilot, which was written by Jane Goldman and co-produced by Clarkson, Goldman and George R.R. Martin, who was also a consultant. Among the crew was Alex Reynolds, a choreographer and "movement designer for the undead".

Based on the leaks, it sounds like the show would have indeed opened in the ancient Bronze Age of Westeros, when instead of seven large kingdoms there were dozens of petty-kingdoms, and would have revolved around a marriage alliance between the Starks of Winterfell and the Casterlys of Casterly Rock. A "blood moon" would have taken place - a type of eclipse - and then there would have been a meteor shower heralding the onset of the Long Night itself.


This is interesting stuff. My original thought was that the show would revisit the creation of the Night King by Leaf (as depicted in the fifth episode of Season 6) and maybe build up the Night King's character and explain who he was beforehand. However, from the sound of it the show as just going to jump straight into the Long Night kicking off. This may also have resolved a potential timeline discrepancy. Although the show confirmed (at least in the TV-only continuity) that the Children created the White Walkers as weapons to use against the invading First Men, it didn't address the fact that the original war ended peacefully with the forging of the Pact and the White Walkers didn't figure at all in that war; instead, several thousand years were to pass before the White Walkers abruptly showed up out of nowhere to initiate the Long Night. In the traditional history the Pact was signed around ten thousand years before the events of A Game of Thrones, two thousand years before the Long Night began; the "new history" hinted at in A Dance of Dragons potentially retcons these dates to six and five thousand years, with a millennium of peace falling between.

My guess has always been that the White Walkers were created as a last-ditch weapon of mass destruction during the original war when the Children's first two plans to destroy the First Men - shattering the Arm of Dorne and the Neck of Westeros - both failed. However, these displays of power did give pause to the First Men and ultimately led to the signing of the Pact. As a result, the White Walkers were not needed and were banished to the Lands of Always Winter, perhaps to be held in reserve should the First Men break the pact. It's possible that the Bloodmoon and the meteor impact are chance astronomical events which inadvertently awoke and released the White Walkers, or the Walkers were released by a vindictive Child of the Forest, or perhaps the Children felt that the First Men had broken the Pact in some unspecified manner.

It's also possible that the meteor impact may be related to the mythical destruction of the planet's second moon, which released dragons into the world. This is less likely, as reportedly the show was not going to involve dragons at all, although this of course could have been misdirection.

The idea of having the Casterlys featured is intriguing, as we know that the Casterlys were an ancient and revered house who controlled the region around Casterly Rock for centuries or millennia before they were deceived by the petty-king Lann the Clever, who tricked them into abandoning the fortress. He took it over himself, founding House Lannister. These events happened in the Age of Heroes, around the time of the Long Night, so would have been ripe to be depicted in the show. Pure speculation on my part, but John Simm plays roguish agents of chaos quite well (he played the Master in Doctor Who) and must be a leading candidate for such a role. It might be that Naomi Watts was playing the Queen Stark of the time and Amy McPherson her daughter, the princess who was to marry the "last Casterly."

A Stark-Casterly alliance at this time does feel a bit more questionable, though. It'd be the equivalent of an ancient tribe in the north of England marrying into a semi-powerful royal family halfway across Europe in some period before the rise of Rome; possible but unlikely. Still, if we assume the Starks and Casterlys were the most powerful dynasties of their regions, even if they weren't the full rulers of the North or the Westerlands yet, it may be more plausible. Having the Lannisters turn up and disinherit the Casterlys would also be a good way of establishing the traditional Lannister-Stark enmity.

We'll probably never see the Longest Night pilot episode, which is a shame. The reasons for the show being cancelled seem to be down to a combination of several factors: a lukewarm reception to both the original pilot and a re-edited version; the departure of the HBO execs who had commissioned the pilot and their replacement with newcomers who wanted to make their own decisions; and the highly negative reception to the resolution of the White Walker storyline on Game of Thrones itself. Spending four to eight seasons on a show revolving around a threat whose resolution had been clearly depicted already may have been ultimately seen as dramatically unsatisfying. House of the Dragon was regarded as a better option due to its focus on political intrigue and dragon warfare, elements that were at least more positively received on Thrones proper.

* The show was never formally called The Longest Night, but this was apparently George R.R. Martin's preferred title (he also referred to it as The Long Night, but this may have been less likely because of the GoT episode of the same name) and since it doesn't matter now, what the hell? Bloodmoon was the code-name used for the project to stop people realising it was Game of Thrones-related, but I suspect it was also the working title for the actual episode itself.
Posted by Adam Whitehead at 22:45

Why are all the children of the forest...black?

I think Benioff and Weiss botched the Others storyline so badly in the main series adaptation that it was going to be hard to make anyone care about this. When your premise is the origin of the evil villains who brought spooky skeletons to threaten Westeros... for a single evening ... and had little depth beyond "bringing death rawr!" you've simply lost audience interest.