Based on publicity information released by Gollancz, the Witcher books by Andrzej Sapkowski have now passed 15 million worldwide sales. 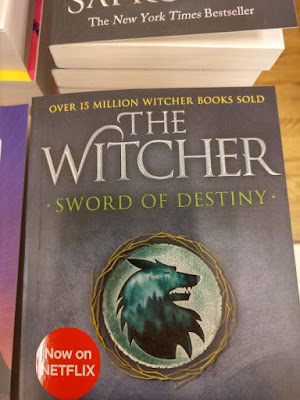 The previous available figure indicated that the series had sold around 6 million copies by the middle of last decade. The massive jump in sales in just a few years is down to two factors: the immense success of the Witcher video game trilogy by CD Projekt Red (the last of which has now sold around 30 million copies by itself) and the success of the Netflix television series based on the books, which debuted last December. As we saw with Game of Thrones on HBO, a successful and well-received TV adaptation can massively drive sales of the books; the Song of Ice and Fire novels sold 9 million copies in 2012 alone and have sold around 80 million extra copies since the TV show debuted in 2011. Whether The Witcher can match those kind of sales remains to be seen.