Neil Gaiman has provided an update on pre-production for the TV version of his seminal graphic novel series, Sandman. 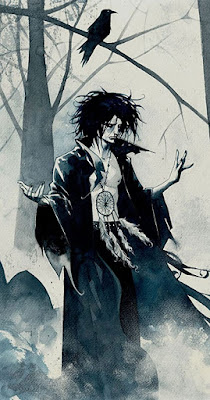 Casting is underway for the project with a view to start production as soon as possible given the ongoing pandemic.

Gaiman poured cold water on some popular fan casts, particularly hope that Michael Sheen (who starred in the adaptation of Gaiman and Terry Pratchett's Good Omens) will reprise his role as Lucifer from the recent Audible version of the comic book. Gaiman did note that was the possibility that some other cast members from the Audible version could appear in the TV series.

Gaiman confirmed that the series will be set in the present day rather than the late 1980s, meaning that Dream is imprisoned for 104 years at the start of the series rather than 73 years. The first season will last for 10 episodes and will cover the first two graphic novels (of ten in total), Preludes and Nocturnes and The Doll's House.