HBO's House of the Dragon, a prequel spin-off from Game of Thrones, has started its casting process, sending out information to casting agencies for the actors they are looking for. These confirm that the TV series will be based (at least initially) on the Dance of Dragons, a brutal civil war between two competing branches of the Targaryen family. 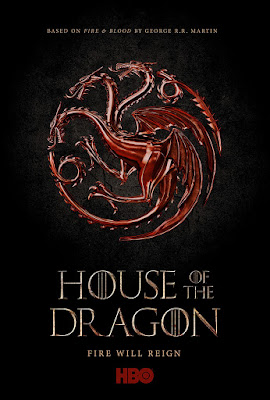 The casting sides are for the two matriarchal figures who initiate the war: Princess Rhaenyra Targaryen, the oldest daughter and child of King Viserys I Targaryen, and Dowager Queen Alicent Hightower, the second wife and widow of the king. When Viserys dies, Rhaenyra claims the Iron Throne, a role she was groomed for by her father for life, whilst Alicent instead supports the claim of her son Aegon II Targaryen. The Seven Kingdoms are split down the middle, declaring for the "blacks" (Rhaenyra's party) or "greens" (Alicent's party). The war is particularly horrifying and brutal because both wings of the family still have their dragons, leading to dragon-on-dragon warfare in the skies over Westeros, the burning of entire towns and so forth.

The story will be adapted from the narrative of the Dance as explored in George R.R. Martin's book Fire and Blood. It also sounds like the story will expand on the preamble to the war, including the misadventures of Prince Daemon Targaryen (Rhaenyra's uncle and lover).

House of the Dragon will be executive produced by George R.R. Martin, Miguel Sapochnik and Ryan Condal, with no involvement from Game of Thrones creators David Benioff and D.B. Weiss. The show will start shooting in 2021 on location in the UK and Spain, and will air on HBO in 2022.
Posted by Adam Whitehead at 12:15

Email ThisBlogThis!Share to TwitterShare to FacebookShare to Pinterest
Labels: a game of thrones (TV series), dance of dragons, fire and blood, george r.r. martin, hbo, house of the dragon, news

Adam,
Where will they be shooting?
Mainland UK?
Cheers,