Multiple reports surfaced today that Disney is in talks with Donald Glover for him to reprise his role as the young Lando Calrissian in a new Star Wars TV series, and may have already reached an agreement. Glover previously played the role in the spin-off movie Solo: A Star Wars Story. 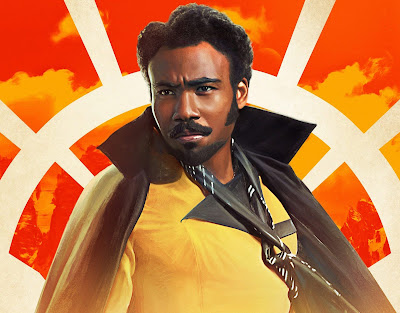 Solo had a poor reception at the box office, becoming the first Star Wars film to fail to turn a profit in its initial theatrical run. Media and streaming sales were needed for it to turn green, and it's unclear if that's happened as yet. However, the film had a stronger critical reception, with most reviewers agreeing it was a fun - if not strictly necessary - addition to the mythos. The warmest plaudits were reserved for Glover, taking over the role handled by Billy Dee Williams in The Empire Strikes Back and Return of the Jedi (one he later resumed in The Rise of Skywalker).

The current rumours seem to be revolving around a Glover-starring mini-series set between Solo and A New Hope, a fertile time period which is also going to be explored in the upcoming Obi-Wan Kenobi mini-series and potentially The Bad Batch, a Clone Wars spin-off show about former clone troopers surviving during the rise of the Empire. Such a series would also allow Disney+ to revisit dangling plot threads from Solo without committing to a full movie sequel. Other rumours - which sound a lot more speculative - are even suggesting a two-pronged story featuring Williams as the older Lando following up on some of the plot threads from Rise of Skywalker, with extensive flashbacks to his younger self.

Glover himself is keeping busy, as he is currently developing the third and fourth seasons of his own show for FX, Atlanta, during lockdown.
Posted by Adam Whitehead at 19:21

I enjoyed Solo, but it wasn't a great film by any means. Still, Glover's performance as Lando Calrissian was one of the high points of the movie. I'd love to see him return to the role.