Amazon Prime Television has added another show to its increasingly-crowded roster of science fiction and fantasy projects. Jonathan Nolan and Lisa Joy, the creators and showrunners of Westworld for HBO, are developing a Fallout TV series, based on the best-selling video game series. 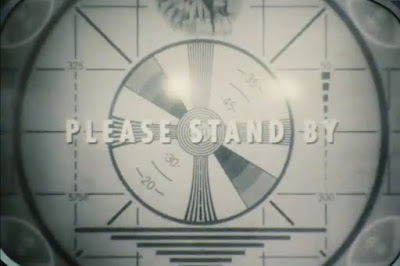 Nolan and Joy's Kilter Films is developing the project Amazon Studios with a go-clause in the contract, meaning that there will be no pilot phase and a full first season would be commissioned automatically based on the strength of the scripts.

Based on Nolan and Joy's statement, they claim to be fans of the Fallout video game series and are working with the current licence holders at Bethesda Game Studios on script and story ideas. The project has been in the planning stages for several years already.

Nolan and Joy are also in pre-production - pandemic permitting - on both a fourth season of Westworld at HBO and a mini-series based on William Gibson's novel The Peripheral for Amazon.

The Fallout video game series is set in a parallel universe where the transistor was not invented until the 21st Century, leading to a futuristic society that much more closely resembled the classic SF aesthetics of the 1950s. This society then destroyed itself in a nuclear war between the United States and China in 2077. The video games, set between 25 and 210 years later, depict the rebuilding of this world and the emergence of new factions, ideologies and nations who struggle to come out on top.

The series launched with Fallout (1997) and Fallout 2 (1998), both developed by Black Isle Studios, the internal RPG division at Interplay. The series was conceived as a spiritual successor to an earlier game, Wasteland (1988), when they could not secure the IP rights to that game. Two spin-off games, Fallout Tactics (2001) and Fallout: Brotherhood of Steel (2004), followed from Interplay. Facing bankruptcy, Interplay sold the Fallout IP to Bethesda, who developed and published Fallout 3 (2008). Much of the original Black Isle team had reconstituted as Obsidian Entertainment, who were then contracted by Bethesda to produce Fallout: New Vegas (2010). Bethesda themselves then developed Fallout 4 (2015) and Fallout 76 (2018), a multiplayer spin-off the series which launched to highly negative reviews but recently had something of a rehabilitation thanks to the Wastelanders expansion and relaunch (2020).

To date, the Fallout video game series is estimated to have sold over 60 million copies worldwide, almost half of which are attributable to the success of Fallout 4  by itself.
Posted by Adam Whitehead at 18:55

Westworld started very strong and promising. But then... I am wary of Nolan and Joy.