Author George R.R. Martin has provided uncharacteristic updates on the state of The Winds of Winter, the sixth and (currently) penultimate volume in his A Song of Ice and Fire fantasy series. 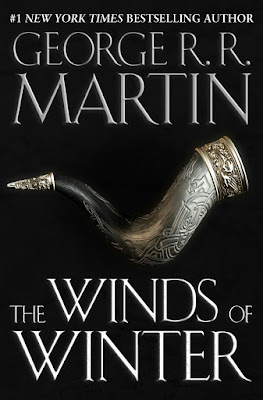 Martin has been largely silent over the writing of the book, having provided very little in the way of concrete updates on the volume since he began work on it in 2012. Martin had previously provided detailed updates, including regular completed page counts, for both A Feast for Crows (2005) and A Dance with Dragons (2011) but later regretted this, particularly with editing issues on Dragons that involved sometimes "uncompleting" chapters to rewrite them in light of major structural changes. As such, he came to believe that providing word counts was counterproductive, leading people to dramatically underestimate how much time it would take to finish the book (even himself). Early in the writing of The Winds of Winter, he expressed a preference for delivering no updates at all and instead just announcing "it's done!" out of nowhere.

That seems to have remained his preference, but from time to time he cracked and gave a general update on the state of the book. It appears that the book was somewhat close to completion in late 2015 and early 2016, but clearly it was not delivered. The reasons for this are unclear, and I suspect we will have to wait for a detailed post-mortem after release (as George provided for A Dance with Dragons) to find out what transpired. The most likely possibility is that George had not done much rewriting or editing of the book by that point in favour of pressing on with new material (which seems to have been more the approach that helped with the relatively fast writing of the first three books in the series) and the subsequent rewrites exposed larger problems in the narrative that required more extensive changes. George also advised last year that he'd been urged to split the book (like A Feast for Crows and A Dance with Dragons) but had refused, suggesting he had enough material to release "a book" at that time but not necessarily the book he wanted. He has also cited at times overwhelming pressure from fans and publishers to get the book out before the conclusion of the Game of Thrones TV show (2011-19), which was counterproductive.

In the two new updates, Martin notes completing six chapters in the last month (not writing six chapters from scratch; it is probable these chapters have been in the planning and writing stages for years) and even noting what characters he has been spending time with: Cersei Lannister, Asha Greyjoy, Tyrion Lannister, Ser Barristan Selmy, Areo Hotah, Arya Stark. Some fans have tried to extrapolate this to mean these characters survive well into The Winds of Winter, but given Martin's nonlinear writing process (sometimes writing chapters from late in the book's timeline before writing those set earlier), this is not necessarily the case. Martin has noted that the book is "huge," and will likely match (if not exceed) A Storm of Swords and A Dance with Dragons in size (both books exceeded 1,500 manuscript pages and 420,000 words, with more than 70 chapters in ADWD and more than 80 in ASoS).

Martin's recent updates are reminiscent of the more upbeat and optimistic posts he started posting in late 2009 as the light at the end of the tunnel for A Dance with Dragons became apparent, but it was still some eighteen months before the book was released. Martin cautions that his optimistic tone should be not be taken as a sign that the book will be finished imminently, but the current progress is the most encouraging news in some time.
Posted by Adam Whitehead at 15:58

Email ThisBlogThis!Share to TwitterShare to FacebookShare to Pinterest
Labels: a song of ice and fire, george r.r. martin, news, the winds of winter