Valve recently released Half-Life: Alyx, an interquel in their popular Half-Life video game series, set between Half-Life and Half-Life 2. The VR-only title was very successful (considering the small potential audience) and its cliffhanger ending, which revisited that of Half-Life 2: Episode Two, suggested that a proper Half-Life 3 was finally in the offing. 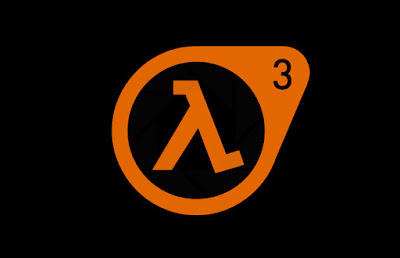 A new documentary about the making of the game, The Final Hours of Half-Life: Alyx, expands on Valve's activities since the release of their last big single-player game Portal 2 in 2011, and popular online arena game Dota 2 in 2013. The documentary confirms at least six different iterations of Half-Life 3 were prototyped and abandoned, as well as a Left 4 Dead 3 and an open-world Left 4 Dead game that would revamp the entire series. An action-RPG to compete with the likes of Skyrim was at one point considered, as well as a number of VR games.

The documentary chronicles Valve's infamously open and relaxed approach to project development. Since Valve own Steam, the most popular and successful PC digital storefront in the world with annual revenue in the billions, they don't actually have to release games to remain solvent. After Dota 2's release, the company also become more interested in hardware, leading to some interesting ideas which ended up not being hugely successful (like Steam PCs and Steam controllers) and some other areas which did work out better (particularly VR tech). Most interesting is the acknowledgement by Valve that their "open development" environment may have been fun, but it was also extremely frustrating. Eventually the company decided to focus back onto the Half-Life franchise, leading to Alyx.

A key point in the documentary is Valve confirming that they are no longer "afraid" of the legacy of Half-Life and now want to make a full-scale Half-Life sequel for next-generation consoles (and PC, presumably). Slightly surprising is that Valve may have to scale up to do this; their recent projects have been generally smaller in scope, so they don't actually have the battery of artists, programmers and coders that making an actual Half-Life 3 would require. Even Alyx was made somewhat on the low-down, re-purposing assets from other games and featuring significantly less action and enemies than a "proper" game would require. But obviously Valve have the resources to do this pretty much at will.

This isn't confirmation that Half-Life 3 has been greenlit, but it is a statement of intent by a company that seems to finally be waking up. And it'd be nice to get a new Half-Life game that non-VRheads can play before Half-Life 2's twentieth anniversary in November 2024.
Posted by Adam Whitehead at 18:37