I am currently several dozen hours into playing MechWarrior 5. It's a fun, hugely enjoyable action game where you sit in a giant robot and blow up other giant robots, buildings, vehicles and sometimes just the scenery for the hell of it. It's also a game which is, putting it as charitably as possible, not out-of-the-box, fit-for-mass-consumption due to a combination of bugs and questionable game design choices. Fortunately, it's also a game that's hugely moddable and a large number of the problems have been fixed by the fans. So here's the roster of mods that I'm currently running to make the game more palatable.

Unless otherwise noted, these mods can be natively installed via the Epic Game Store's mod page and hopefully will be available via the Steam Workshop when the game launches on Steam in May. 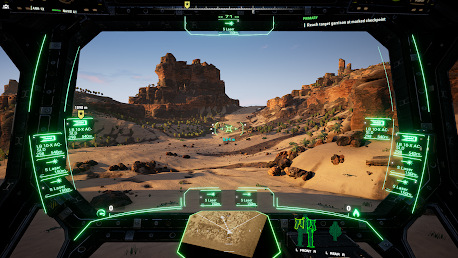 The heads-up-display in MechWarrior 5 is functional but that's about the most that can be said for it, with information presented dryly as lines of text and bars in the corner of the screen. This mod re-imposes the HUD on your pilot's visor, giving you a nice 3D feeling to the display. It also dynamically puts your weapon information (ammo, temperature, range) on a circular view corresponding to the location of your weapon hardpoints, giving you much more intuitive information on what's happening to your mech at any given time. This dramatically improves information flow mid-battle.

MechWarrior 5 has an odd thing where it generates the sound of your weapon firing from the animation rather than just playing the relevant audio files when you hit the fire button. This means the frames-per-second drops noticeably whenever you fire your weapon, and this drop gets worse over the course of a mission. This mod fixes the problem by removing the direct link between the weapon fire animation and sound effect, keeping performance steady.

One of the cooler things about MechWarior 5 is how the timeline advances as your play the game. The game starts in 3015 and the months and years advance - sometimes quite quickly - as you fly between star systems and engage in lengthy campaign missions. Political borders change in accordance with in-game history, and sometimes missions are generated based on timeline events. These stop in 3049; although you can continue to play, major events are no longer reflected. Long-term BattleTech and MechWarrior fans know that in 3050, a huge event takes place that the game can't take into account, though will likely form the basis of any future expansion or sequel. One problem with this is that the AI sometimes spawns mechs that are not correctly available until much later on. This mod fixes that and keeps everything era-appropriate, hopefully resulting in a more smoothly escalating difficulty level rather than huge spikes caused by the early appearance of an Atlas X (or something).

Pretty essential, this mod smooths out some minor problems in the base game and makes mods play nicely without one another. 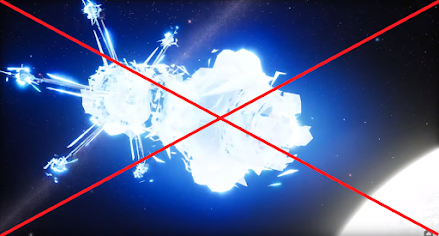 Like it's near-neighbour BattleTech, MechWarrior 5 likes to play a lengthy, unskippable animation of your dropship docking with a jumpship and making an FTL jump to the next star system. Which is fine, but you only ever need to see it once. This mod disables the animation, greatly improving in-game speed. The dropship animation remains, since the game loads data on the new star system in the background, but that's much shorter and much less of an issue.

Found on the Nexus. The game has a variable maximum tonnage allowance on missions, so missions will force you to bring smaller, lighter mechs on low-difficulty missions and only allow you to field a full lance of Assault mechs on late-game, tough missions. Although understandable from a game balance POV, it's pretty nonsensical from a story and lore perspective. This mod resets the max tonnage for all missions to 400 tons, allowing you to deploy four of the heaviest mechs in the game (the King Crab and Atlas) with no issue. Just don't be surprised if low-difficulty missions now become a bit too easy.

This essential mod fixes the enemy AI, making enemy mechs more likely to use long-range missiles, improved swarming tactics and enemy mechs with jump jets will actually now use them.

This essential mod fixes friendly AI, making allied mechs much less likely to trash the base you're supposed to be defending and more flexible in how they choose targets. Allied AI will also now use jump jets and other ancillary abilities. 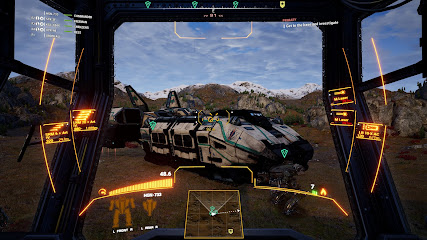 Found at Nexus. The most essential of all mods, this completely rewrites MechWarrior 5's dunderhead spawning system, which sometimes has enemy mechs and vehicles materialising 200 metres away behind a rock (or, in extreme cases, out of thin air). All enemy mechs and ground vehicles now have to be either on the map at the start of the game or be brought on via dropship, giving players more time to notice and react to their arrival. Enemy aircraft are prevented from spawning right on top of you. Vehicles arrive in lance-style groups rather than piecemeal, so present a greater challenge rather than rushing in one-by-one to be cut to pieces by focused fire from your forces. This mod increases the challenge by making enemies arrive more smartly and (in coordination with the Better AI mod) use better tactics, but also evens things out by giving you and your lance mates more time and ability to manage the battlefield.

With these mods installed, the quality of MechWarrior 5 abruptly increases from "okay" to "very good indeed," and I would not recommend playing the game without them.