Paramount has set a release date of 9 June 2023 for the next Star Trek movie, but they have not yet revealed what that movie actually is. 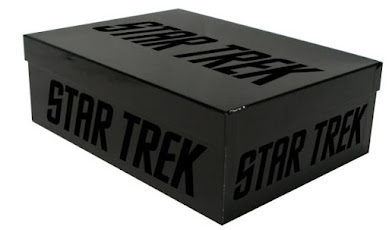 Paramount have spent the five years since the release of Star Trek Beyond developing a large number of potential new film projects to no avail. A direct follow-up to Beyond, focusing on Chris Pine's Captain Kirk teaming up with his father, played by Chris Hemsworth via time travel, was in development for a time before being dropped over a pay dispute. The film was later put back into development again, and then paused a second time.

At the same time, Quentin Tarantino started developing new project. This was eventually revealed as a remake of the classic Star Trek episode A Piece of the Action, in which the Enterprise crew arrive on a planet that's developed into a parody of early 20th Century gangster movies. Tarantino was very enthusiastic about the project, even considering directing, but later committed only to writing and producing. Without Tarantino directing, Paramount's interest in the idea seemed to dry up.

Fargo and Legion showrunner Noah Hawley then committed to a new Star Trek movie idea, one which would apparently revolve around a whole new crew and a whole new story. With Hawley much in-demand for Hollywood projects, Paramount seems to have entertained the idea for a while before passing on it, due to a lack of an exciting hook to get people interested.

Finally, just a few weeks ago, Star Trek: Discovery writer Kalinda Vazquez was hired to put together a new proposal, the details of which remain unknown.

According to io9, this new project is not related to any of these ideas. The only thing that is known is that J.J. Abrams will be producing (but not directing) and to get it out in just over two years, they're going to need to put it into production shortly. Very mysterious.

"The only thing that is known is that J.J. Abrams will be producing (but not directing)" - I suppose this still means that this new movie would be one in the Abramsverse?

I was hoping they'd return to the Prime Timeline...