RUMOUR: The first 1-2 seasons of LORD OF THE RINGS: THE SECOND AGE have cost almost half a billion dollars

The Hollywood Reporter has indicated that the upcoming Lord of the Rings prequel TV series, The Second Age*, has cost almost half a billion dollars so far. In fact, they put the figure at $465 million. 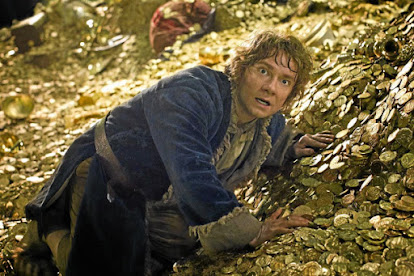 The Reporter is pretty reliable in these matters, but I've filed this under "rumour" because the source is the New Zealand government and they did not precisely break down the costs involved.

We know there are eight episodes in each of the first two seasons of the show, and the first two seasons have been commissioned together and completely written. There were also reports a while back that the LotR team were shooting up to 20 episodes in the first extended filming bloc (which began in February 2020 and is expected to continue for several months to come, although there was an extended break last year for writing), which some took to mean they were filming the first two seasons - 16 episodes - back-to-back, which makes sense. As a result, the cost may be spread across two seasons rather than one. This is backed up by a Reuters report where they learned that Amazon was earmarking $500 million for the first two seasons in combined production and marketing costs.

Back in 2017, it was widely reported that Amazon had paid $250 million to the Tolkien Estate for enhanced rights to J.R.R. Tolkien's books not previously covered by any prior deal, now believed to consist of all Numenor and Second Age-related material in The Silmarillion and Unfinished Tales. Amazon had also tapped Warner Brothers and their subsidiary New Line to cooperate on the project, giving them access to the Lord of the Rings rights (used previously to make Peter Jackson's 2001-03 movie trilogy). It was reported that Amazon would be spending up to $150 million per season on five seasons of the series, for a total expenditure of $1 billion.

This would easily make Lord of the Rings: The Second Age the most expensive TV show of all time, if not quite by as much as some people are saying. However, if the original quote was correct and those costs are just for the first season, the first eight episodes by themselves, then obviously they would rocket up to insanity: $465 million for the season, or $58,125,000 per hour. Each of the three Peter Jackson Lord of the Rings movies had a budget of around $90 million for three hours, for comparison.

Lord of the Rings Colon Undisclosed Subtitle is currently shooting in New Zealand and expected to air on Amazon Prime Video, probably in early 2022.

* My placeholder title to stop people constantly asking why they're remaking the movies, which they're not; not the likely final title of the series.