An intriguing coalition of writer-producers has formed with a view to bringing White Wolf's venerable tabletop roleplaying universe, The World of Darkness, to television and film. 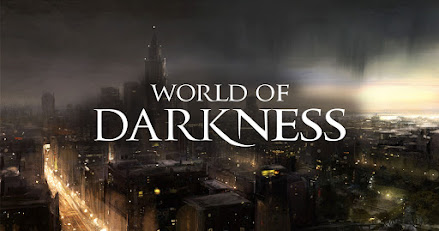 Eric Heisserer (the showrunner of Netflix's Shadow and Bone), his wife Christine Boylan (The Punisher) and production company Hivemind (The Witcher, The Expanse) have partnered with Paradox Interactive, White Wolf's parent company, to develop a number of TV and film proposals based on the roleplaying game. The World of Darkness posits a world where various supernatural creatures exist in secret alongside humanity, with the various sub-games taking place in different locations and time periods.
The best known of the World of Darkness games is Vampire: The Masquerade. Other titles in the line include Werewolf: The Apocalypse, Mage: The Ascension, Wraith: The Oblivion, Changeling: The Dreaming, Hunter: The Reckoning, Demon: The Fallen, Kindred of the East and Vampire: The Dark Ages. The games were launched in 1991 with Mark Rein-Hagen as the principle creator of the setting.
The franchise has so far not been adapted for television or film, but there have been several successful and critically-acclaimed video games in the setting, most notably Vampire: The Masquerade - Bloodlines (2004). A sequel to that game is currently in development at Paradox.
The new team are planning to develop a number of different TV and film projects. It must be assumed that Vampire: The Masquerade would be the most logical jumping-off point, being the original and most popular incarnation of the franchise. In Vampire, the modern-day world is being secretly fought over by several millennia-old vampire clans who operate in the shadows, with strict codes of conduct ensuring the continuance of "the Masquerade," the illusion that vampires are myths and not real. This setting is popular because of the high degree of personality and character given to the vampire clans, allowing for numerous twists on the familiar vampire tropes.
Posted by Adam Whitehead at 21:21

There was a tv show (a very, very bad tv show) adaptation in the 90s. https://en.wikipedia.org/wiki/Kindred:_The_Embraced

"The franchise has so far not been adapted for television or film"
Well, it sorta was in the 90s, as Kindred: The Embraced. Didn't last very long, and wasn't particularly good, though it did have the exceptional Patrick Bauchau in it.

There was a TV show in 1996 called Kindred the Embraced based on Vampire the Masquerade. It ran for 8 episodes before being quickly cancelled.