A new Blade Runner movie is in the works. The good news is that it's not a remake, but will be either a sequel or prequel to the original 1982 movie. 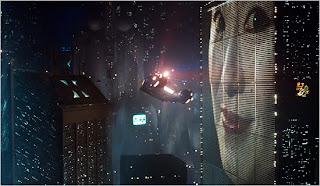 The reason for the indecision is that the production company who have picked up the rights don't have a specific story in mind, but feel that with modern technology they can realise Philip K. Dick's world on-screen in a fresh and interesting way, and are talking to producers and directors about ideas. They even disclose (whilst admitting that it likely won't happen) that they'd kill to get Christopher Nolan and Ridley Scott involved in some fashion.

Colour me sceptical. Another story set in the same world of replicants yet unrelated to the original film could work, but a direct sequel or prequel to Blade Runner - a movie where so much of its power is based on its ambiguity and question-raising ending - seems unnecessary and redundant. Interesting to see what becomes of this project.
Posted by Adam Whitehead at 14:44

"Another story set in the same world of replicants yet unrelated to the original film could work, but a direct sequel or prequel to Blade Runner "

This is where the Game is a winner, and had the right idea. It wasn't a sequel or prequel, instead it occured same time as the film. You even cross paths with some of the characters (voiced in the most part by the same actors who played them, Gaff being the exception) from the movie.

Sounds great. It will be interesting to see what angle they take for the movie.