HBO have revealed that Game of Thrones is the fastest-selling DVD or Blu-Ray release in the company's history. Season 1 of the show outsold all of their prior box sets in its first seven days on sale. When you realise that means it has outsold The Sopranos, The Wire, True Blood, Band of Brothers or The Pacific, that is a huge and impressive achievement. The series also set new records for HBO sales on iTunes. 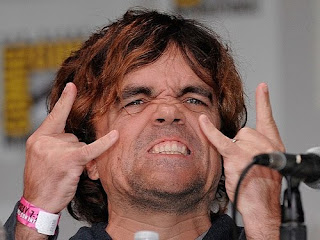 Notably, the box set shifted somewhat more copies (57% in the USA) on Blu-Ray than on DVD.

Excellent news, especially as we know that DVD sales were going to be a key factor in future decisions to renew the series.
Posted by Adam Whitehead at 00:56

At this rate we just might get to see the Red Wedding... Great news.

This is slightly misleading; GoT has had the largest first week sales of any HBO show, not the largest sales ever: http://au.news.yahoo.com/world/a/-/world/13181886/exclusive-game-of-thrones-rules-hbos-dvd-sales/

I was careful to word it that it set records 'for HBO' and not 'of all time' or anything. I suspect shows from other networks like 24 will have had higher first-week sales.

I am currently 45th on the waiting list to see GoT at my local library..;) I hope to be able to watch by summertime.