A band of talented mod-makers have finally released Wing Commander Saga, a continuation of the venerable space combat series. Made with the (unofficial) nod of approval of the original game designers, Wing Commander Saga is an open-source game using the Freespace 2 engine. It requires nothing else to play (a joystick or gamepad is recommended, however) and can be played on most PCs, including those using Linux. The mod has been in development for over ten years. 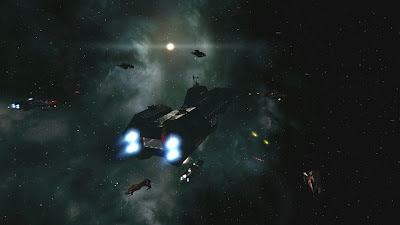 The mod is available, free of charge, from the WC Saga website here. Rock Paper Shotgun have their take on the game here (one reviewer in the comments suggesting it has the best space combat of any Wing Commander game, official or otherwise, released to date).