Chris Avellone on RPG design, PROJECT ETERNITY and too many great games to count

At the Rezzed gaming conference this weekened, Obsidian developer Chris Avellone did a presentation on CRPG design. You can check it out here. 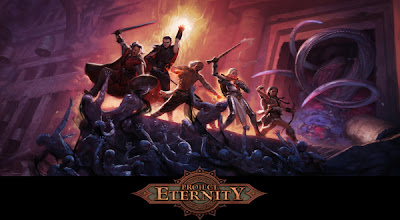 Avellone has a CV that is interesting. At Black Isle back in the day he was the project lead on Fallout 2 and Planescape: Torment (probably the greatest Western CRPG of all time) as well as working on Icewind Dale and its sequel. At Obsidian he was the lead designer on Knights of the Old Republic II, Fallout: New Vegas - Old World Blues and Alpha Protocol. He also worked on Neverwinter Nights II and its expansion Mask of the Betrayer as well as the main game of Fallout: New Vegas. He has also been hired out to inXile to assist on the upcoming Wasteland 2 and Torment: Tides of Numenera. Avellone is a noted proponent of player choice and including more complex thematic, and philosophical elements than is normally found in games, not to mention more complex characterisation.

Some of those things are discussed in the interview, along with progress on Project: Eternity, some interesting info on how they made Planescape: Torment and Fallout: New Vegas, and on the merits of Kickstarter as a business model. He also namechecks Brandon Sanderson and Patrick Rothfuss in a discussion of magic systems, though he doesn't mentioned Obsidian's planned Wheel of Time CRPG (which is still on hold until Red Eagle raise the funding for it).
Posted by Adam Whitehead at 19:45