The Wheel of Television Part 4: Practicalities

In the first three parts of this article series, I argued that the current plans by Red Eagle Entertainment and Universal to turn The Wheel of Time into a series of movies were impractical and unrealistic, and that adapting the books into an ongoing television series was more feasible. This especially makes more sense in the wake of the success of fantasy TV projects such as Sky's Discworld TV movies, the BBC's recently-concluded Merlin and of course HBO's Game of Thrones. I concluded that getting the series made by one of the three big remaining cable channels (Starz, AMC or Showtime) was essential to give the project the right combination of high production values and a decent amount of time to adapt the complex storyline before going on to address the issue of how you structure the series from a top-down approach. In this part I address several major technical and practical issues standing in the way of adapting the books to television. 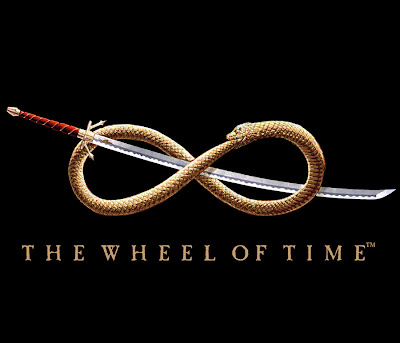 Sets and Locations
If there is one major cost saving that TV shows have over movies, it's sets. A film with a budget in the tens of millions of dollars can afford to construct a specific set for each and every scene, and use a different location in every other shot. TV shows spread their costs more widely by the use of regular, recurring sets. Think of the bridge of the Enterprise in Star Trek, the throne room in Game of Thrones or the school library in Buffy the Vampire Slayer. You can spend a fair bit of money on an impressive set and then spread that cost over dozens of episodes.

With Wheel of Time, there is one rather huge problem: there is no single standing set that could be constructed and re-used a lot in the first season (if you recall, in the hypothetical plan we are discussing the first season would adapt the first two books, The Eye of the World and The Great Hunt). The first two books are constantly on the move, taking the characters from the Two Rivers to Baerlon to Shadar Logoth to Whitebridge to Caemlyn to Shienar, and thence to Tar Valon, Cairhien and Falme. Later in the series we would get standing sets and regularly-appearing locations, such as the Royal Palace in Caemlyn and the White Tower in Tar Valon (which would debut in the first season, but would not be revisited until later), but it's a while before such places recur regularly.

This is fairly headache-inducing, although compensated for to some extent by how much of the first two books takes place outdoors. This brings its own headaches in terms of the expense and practical issues of location filming (dealing with the weather and so on), but at least is better than having to build dozens and dozens of different sets and then discard them. A surprising number of locations in the first two books are in fact pubs of different description (the Winespring Inn in Emond's Field, the Queen's Blessing, the inn in Cairhien that Rand, Hurin and Loial stay in etc). A standing 'pub set' could be built, possibly in modules, with walls and partitions that can be switched around. Combined with redressing and the use of different camera angles, this can turn one set into several different locations. The same principal can be applied to shops, houses and even palaces (the Royal Palace of Caemlyn could pull double-duty as Fal Dara, for example, if you dropped in a few partitions and redressed things).

For location filming, Wheel of Time does have some problems with how much of it is set in large cities (especially later on, when scenes unfold near-simultaneously in Caemlyn, Cairhien and Ebou Dar). Caemlyn, for example, would likely have to be a real medieval-looking city, possibly in Europe, just as both Mdina in Malta and Dubrovnik in Croatia have stood in for King's Landing on Game of Thrones. Given the weird and otherwordly nature of Shadar Logoth, on the other hand, it might be possible to get away with realising that city through small set-pieces and CGI backdrops (CGI is of course a powerful and useful tool but we are not at the stage yet where full CGI sets and locations are believable or affordable on such a scale).

As for where the series should be filmed, there are quite a few options. Eastern Europe is both affordable and would have the right look for most of the main continent. The Republic of Ireland (probably not Northern Ireland, since a lot of the more interesting locations have already been used by GoT) would also be an attractive option. Morocco or the American West (heavily CGI-enhanced) could also be viable options for the Aiel Waste.


Costumes
Costuming is probably the least-challenging aspect of the production, thanks to both Robert Jordan's clear descriptions in the books and the availability of costumes and costumer designers familiar with the appropriate period. 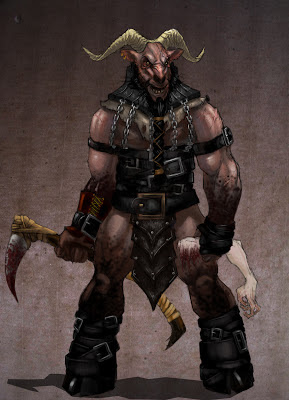 Prosthetics
Wheel of Time features a large number of non-human creatures, including the friendly Ogier and the hostile Shadowspawn: Trollocs, Myrddraal, Draghkar and so on. Some of these creatures appear infrequently enough that they can be rendered in CGI: the Green Man immediately comes to mind. Draghkar and Darkhounds also appear infrequently enough that this should be viable. Trollocs and Ogier are more difficult to achieve. Loial is a fairly major character with a lot of screentime. Rendering him in CGI would require a Gollum-level performance and technology to achieve satisfactorily, neither of which may be available on a TV budget and time schedule. On the other hand, prosthetics/animatronics large enough to depict the Ogier as described in the books may be stiff and unconvincing. This is something that would require screentesting to find the best solution.

It should be possible to depict Trollocs by just using large extras with prosthetics. A mix-and-match of prosthetics could be made available to blend the different animal parts together to make each Trolloc unique (or as unique as possible), rather like how the creatures themselves are created in the books. CGI would be used for scenes with large numbers of Trollocs (which is most of them) to render more of them in the background.

The One Power
The One Power is one of the most detailed magic systems ever created, with a lot of complex rules on how it works, how it's detected and what the different types of the Power can do. Depicting the One Power on screen risks looking cheesy - people sticking their hands out and firebolts roaring off - and depicting people glowing when they embrace the Source could be confusing (as only those able to use the Power can sense it when others are using it).

The best way to handle this is as it is in the books, with 'our' characters initially unable to see or sense the Power itself, only its effects (i.e. someone pointing and the ground exploding or mist appearing). As our core characters become more acquainted with the Power, then we can start to see POV shots from them, showing the glow of the Power (I'm thinking a subtle haloing effect rather than people blazing with the light of a thousand suns). We'll only see this if we have a POV character in the scene who can sense the Power, otherwise they'll just see the effects.

A related issue is how to handle the issue of Aes Sedai ageing. As book-readers know, Aes Sedai gain an 'ageless' appearance as they get older, so that it becomes impossible to tell whether a woman is in her 20s or 40s (and that appearance may be only a reflection of their true age, as Aes Sedai can live for several centuries). Such an effect would be prohibitively expensive to achieve with CGI - 'de-aging' Moiraine alone in her every appearance in the series would cost a fortune, not to mention the problem being exasperated when a dozen Aes Sedai appear in the same scene - so this would have to be a practical make-up effect. If unconvincing or too odd-looking, this may have to be an element from the books that is dropped or perhaps changed to something less notable.

There are obviously a lot more complexities and practicalities that would have to be addressed to make these books into a TV show, but these were a few thoughts on how you'd achieve some basic questions.

This may be the last entry in this blog series, though I may do one more focused on how you'd write and structure the first episode, to put some of these ideas into practice.
Posted by Adam Whitehead at 18:38

Both this and Malazan would work better as Animated series.
Anime are cheap compaired to anything else, and still can do justise to the series in the special effects department

I don't think it's impossible to do a good TV series for WOT. The big worry I have is the treatment of the show. Will the show go the serious gritty route like Game of Thrones or go for more of an action-adventure route like Xena? That's my worry, especially on the treatment of Mat.

I think more than almost any other series of books, Wheel of Time should never be translated to the screen. You've addressed a lot of the challenges: It would be prohibitively expensive to handle the magic system/world building correctly and it is incredibly long. I love the Wheel of Time. LOVE it. But if you hamstring the magic system and cut the scope to make it fit in a reasonable amount of time, the story very quickly becomes generic fantasy cliche.

I agree with the above post. That would solve a lot of problems mentioned in your post.

I really don't want them to do a screen adaptation at all. The LOTR movies got everyone excited, but I am over wanting to see my favorite books on screen. It usually ruins them in some way.

I hope they someday make a screen adaption of the series. However I don't think it will be satisfactory to most of the readers if it is made in the next 10 years, because I don't think any production company would put enough money into it.
WoT deserves a spectacular tv-series, as great as the books themselves are. (Which may be a bit far-fetched).

I do however hope you'll make more of these articles, as I tend to agree with most of your assessments.

Very well-written and thought-out article. I agree with pretty much everything that you have to say.

My take is that the Wheel of Time is basically a costume drama with great characters. There are some big set pieces, and magic, and non-humans, but essentially, it's like a mix of high fantasy and Jane Austen. The casting and dialog are what really makes it.

There are A LOT of things in the books that can be trimmed down extensively without taking anything away from the spirit of the story, IMO. And the One Power, for example - the depiction in a visual medium such as film does not need to be complicated. We do not need to see which weaves are being used, etc.

Seven seasons of cable with a good running budget could really be great. It might crash, but I'd still love to give it a chance.