RIVERS OF LONDON optioned for TV

Ben Aaronovitch's Rivers of London books have been optioned for TV. Feel Films has picked up the rights, possibly with a view to producing in cooperation with one of the main British TV networks. They are currently working on the Jonathan Strange and Mr. Norrell TV mini-series for the BBC. 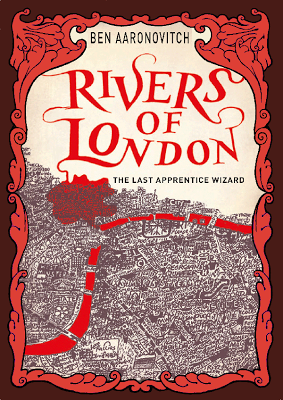 Aaronovitch is no stranger to television, having penned two serials in the final two seasons of the first run of Doctor Who, Remembrance of the Daleks and Battlefield, as well as episodes of Casualty and the SF soap opera Jupiter Moon. It is unknown if he will contribute scripts to the adaptation if it is greenlit.

The Rivers of London series, which features a British police officer who becomes apprenticed to the last serving sorcerer in the Met, has been highly successful. Three novels have been published so far: Rivers of London, Moon Over Soho and Whispers Underground. The fourth, Broken Homes, will be out next month.
Posted by Adam Whitehead at 15:47

no surprises there really, nicely filmable and excellent books. depending on who does it, I can imagine that being a really good show.