HBO has confirmed the casting of the most eagerly-awaited new character in the fourth season of Game of Thrones. 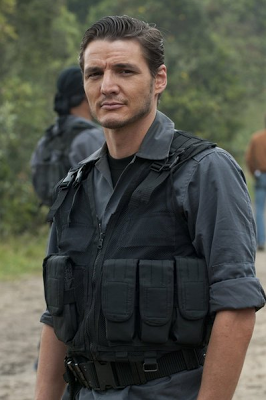 Pedro Pascal is a Chilean actor who has been working in American television and film for some time. He appeared in the first episode of Buffy the Vampire Slayer's fourth season and has since had guest spots on Without a Trace, Law and Order, Nurse Jackie and The Good Wife. He has also appeared in the movies Burning Bridges, The Adjustment Bureau and The Fall of Sam Axe, the TV movie spin-off prequel of Burn Notice. 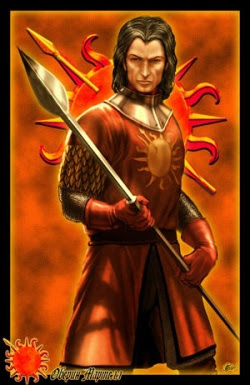 Pascal will be playing the role of Prince Oberyn Martell, popularly known as the Red Viper. Oberyn is the younger brother of Prince Doran Martell, the ruler of Dorne, the southern-most part of the Seven Kingdoms. Dorne was the last of the Seven Kingdoms to fall under the rule of King's Landing, only a century before the outbreak of the War of the Five Kings, and did so through peaceful alliance rather than conquest. Because of this, the Dornish enjoy greater autonomy than any other part of the nation, including being able to style themselves as princes and princesses rather than lords and ladies.

Oberyn is a skilled warrior and famed for his slow-burning temper. He was close to his and Doran's younger sister, Elia, who was married to Prince Rhaegar Targaryen. At the end of Robert's Rebellion, during the Sack of King's Landing, Elia and her two children were brutally murdered by Lannister troops, with the blame popularly falling on the shoulders of Gregor Clegane, the Mountain. After the rebellion, Dorne pursued a policy of isolation until Prince Doran accepted Tyrion Lannister's suggestion that Doran's son Trystane should marry Myrcelle Baratheon (Myrcella departed for Dorne in Season 2).

HBO has also confirmed that it is casting Ellaria Sand, Oberyn's paramour, and also the role of Mace Tyrell, the Lord of Highgarden, father to Margaery and Loras Tyrell and the son of Olenna Tyrell. Furthermore, it has been confirmed that the characters of Janos Slynt, Alliser Thorne, Lysa Arryn and Rorge will be returning to the show in Season 4 after considerable absences.

Season 4 of Game of Thrones starts shooting in about two weeks and is expected to start airing in March or April 2014.
Posted by Adam Whitehead at 20:57

He looks great, I think! Can't wait to see him!