HBO has confirmed another casting for the fourth season of Game of Thrones, which is currently shooting in Iceland. 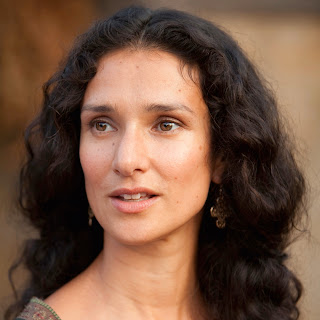 Indira Varma is a familiar face from British television and film. Her first prominent role was as the female lead in the 1997 movie, Kama Sutra: A Tale of Love (in which she starred alongside Naveen Andrews from The English Patient and later Lost), but she achieved widespread notice playing the tragic character of Niobe in the first season of HBO's Rome. She also appeared in the movie Bried and Prejudie, a Bollywood-style remake of Pride and Prejudice. She has been a regular on British TV over the past decade or so, appearing in Little Britain, Torchwood, Hustle, Luther (alongside Idris Elba) and World Without End. She has also appeared in US shows such as Law and Order: Criminal Intent, Bones and Human Target. As a prominent and popular actress, Varma was the fan-favourite choice for this role. 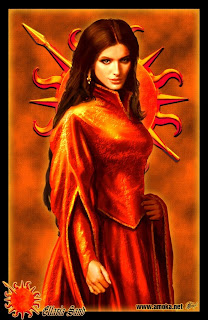 In Game of Thrones she will be playing the role of Ellaria Sand, the paramour of Prince Oberyn Martell, the Red Viper of Dorne. Ellaria is the bastard daughter of Lord Harmen Uller of Dorne and caught Oberyn's eye due to her exotic looks. They have been together for at least fourteen years. She is the mother of Oberyn's four youngest daughters (or 'Sand Snakes'): Elia, Obella, Dorea and Loreza. Ellaria and Oberyn have not married due to Ellaria's low birth. Ellaria is surprisingly relaxed about the prospect of her lover being forced to marry someone else for the good of the realm.

HBO also recently confirmed that actor/comedian/writer Mark Gatiss (best-known for his long association with Doctor Who, as well as working with the League of Gentlemen comedy troupe on TV, radio and film) has been cast, but not in what role. The only remaining major roles to be filled for this season, according to HBO, are Styr, the wildling Magnar of Thenn, and Lord Mace Tyrell, Lord of Highgarden and the father of Margaery and Loras (and the son of Olenna).
Posted by Adam Whitehead at 13:49

Willl Arianne be cast this season?

Varma's casting is probably the most popular casting since season one's castings of Bean, Dinklage and Momoa.

As to Gatiss' role, I know it wasn't listed explicitly when the producers gave us the list of roles being cast, but I cannot help but think that Gatiss is playing Bloodraven, for a quick scene or two at the very end of the season. THAT would explain why they are keeping his role secret.

Arianne I think will be a Season 5 casting. I get the impression they're taking avoiding action to keep the cast size down this season (hence only 4 named major new roles, as opposed to something like 20 for last season) and putting off other people - Victarion, Euron, Arianne - until S5.

Bloodraven is a popular choice for Gatiss, either that or Coldhands. I think it's even odds if Bran will simply do his ADWD storyline this season (ahead of schedule) or if they will introduce a completely new 'adventure beyond the Wall' storyline for him and Team Reed and end the season with him meeting Coldhands and getting on his way to Bloodraven.