Neil Marshall will be returning to direct the final episode of Game of Thrones's fourth season, according to Empire Online. 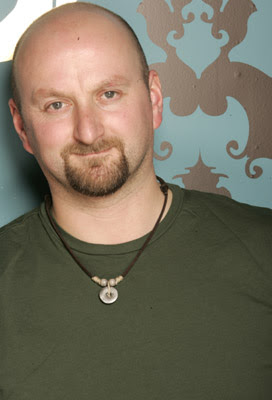 Marshall directed the penultimate episode of Season 2, Blackwater, which was very well-received (and is probably the most critically-acclaimed episode of the show to date). Marshall is known for his feature film work, having directed films including The Descent, Dog Soldiers and Centurion.

Warning: spoilers under the cut for those who have not read the books.


The Empire article confirms that the final episode of Season 4 will focus on the massive Battle of the Wall, when forty thousand wildling warriors under the command of Mance Rayder and Tormund Giantsbane launch a full-scale assault on the Wall at Castle Black. Jon Snow and the few hundred surviving Night's Watch troops from Mormont's ranging lead a desperate defence against the assault.

Previously, writer-showrunners David Benioff and D.B. Weiss had indicated that the Battle of the Wall, the second major battle sequence in the TV series (since the first in the books, the Battle of the Green Fork, was cut from the first season) would be at least on a similar scale to the Blackwater, if not larger and more expensive. More intriguingly, given that the Battle of the Wall happens some time before the conclusion of Jon Snow's storyline in A Storm of Swords, this indicates that his storyline is either being significantly changed, or material from the third book will continue to be used as late as the fifth season, which seems a curious choice.

It also bucks the trend established in the first three seasons of having the major season-climaxing moment happening in the ninth episode, with tenth being quieter and more reflective. Whilst fans can likely guess that major events will happen in episode nine (particularly in the King's Landing storyline) as well, this is the first time that a Game of Thrones season will got out on such a massive bang.

Update: It appears that the Empire report, although broadly accurate, got a few things wrong. Some are speculating this to mean that Marshall is indeed directing (this has not been disputed) but it may not be the finale.
Posted by Adam Whitehead at 10:57

Ooo, it's all intriguing! I can't wait to see where it goes!

Awesome director. My favorite is Doomsday.

While the retraction makes it sound like Marshall will indeed be directing the second-last episode, and that this will focus on the Battle of the Wall, I've been saying for a while that they probably SHOULD hold over some of Jon Snow's plotline until next season. The third book is the richest for him, plot-wise, and his ascent to Lord Commander is rich enough fodder to sustain several episodes, possibly even the bulk of a season (with some additions). Plus it lets Jon participate in the political maneuverings that are this show's bread and butter. And perhaps more to the point, given the somewhat thin nature of books 4 and 5, I think anything they can hold over from the more exciting book 3 would be a good move.

But Benioff and Weiss have been in a pretty all-fired hurry to crunch in as much stuff as they can as fast as they can, so they probably will cram the whole "election" storyline into the finale. At this rate it almost seems like books 4 and 5 are going to be compressed into a single season--which you could do, technically, but it's going to be horribly rushed.