At a press conference earlier today, the BBC confirmed that nine previously-missing episodes of Doctor Who have been found and returned. The episodes will be available on iTunes from tomorrow. An embargo was put in place until midnight tonight, but The Northern Echo and everyone and their dog on Twitter have broken that already. 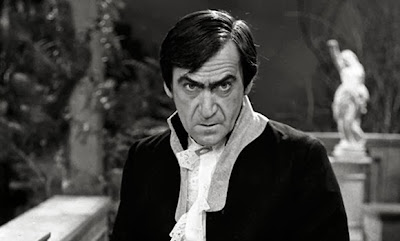 The Enemy of the World is notable for a dual performance by Patrick Troughton, who plays both the Doctor and the main villain of the serial, Salamander. It is noted as one of the late Troughton's favourite stories.

As related previously, the BBC destroyed numerous episodes of the series - and many others - in the 1970s to free up storage space and also for recycling purposes. Thanks to the diligence of Doctor Who fans and investigators, copies of more than forty destroyed episodes have been recovered from overseas broadcasters since then. However, as of yesterday 106 episodes officially remained missing, with 27 stories from the first six seasons affected and 10 stories completely missing.

This latest find consists of Episodes 2, 4, 5 and 6 of The Web of Fear and Episodes 1, 2, 4, 5 and 6 of The Enemy of the World, the immediately preceding story. Both stories aired as part of Doctor Who's fifth season, airing in 1967-68, and both starred Patrick Troughton as the Second Doctor. When combined with the episodes already in the archives, The Enemy of the World is now fully complete and The Web of Fear is only missing one episode (its third). The BBC has mounted a reconstruction of the missing episode using still photographs and the episode's soundtrack, which has survived.

The find is hugely significant: in the past 25 years, only eight episodes of Doctor Who have been recovered. The largest number recovered at once in that time was four, when Tomb of the Cybermen was fully recovered from Hong Kong in 1992. 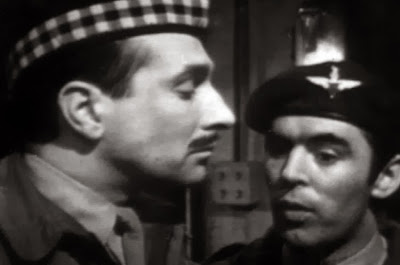 The Web of Fear introduced the character of Colonel Alastair Lethbridge-Stewart, played by Nicholas Courtney. Later promoted to Brigadier and placed in command of UNIT, he would become Doctor Who's longest-running recurring character.

However, fans were hoping for a larger number: for almost three years now, rumours have circulated about a very large cache of episodes located in Africa, with the most frequently-bandied about number being an eyebrow-raising 90. Several news sites and forums have been chasing rumours ranging from the plausible (the BBC wanted to restore and check the episodes before releasing any news officially) to the highly ludicrous (the person holding the tapes refused to hand them over unless Steven Moffat, Doctor Who's controversial showrunner, is fired). The quotes produced by the Northern Echo from the press conference do not make reference to there being more episodes than these nine, but Tweets from those attending hint that further announcements may be to come.

For now, however, the official, confirmed news is that nine episodes of Doctor Who have been returned just in time for the 50th anniversary, leaving 97 unaccounted for. More to come when the BBC release their official statement in full at midnight GMT.

Update: The BBC have confirmed that the nine episodes (along with additional copies of two others that already existed in the BBC archives) were recovered from a TV station in Nigeria. The Enemy of the World will be released on DVD on 25 November, with The Web of Fear to follow early next year. The recovered episodes are also available immediately on iTunes. A clip from The Web of Fear follows:

Email ThisBlogThis!Share to TwitterShare to FacebookShare to Pinterest
Labels: bbc, doctor who, doctor who at 50, news