Production of the new Star Wars film, Episode VII, has hit a series of bumps in the road. Scriptwriter Michael Arndt has quit, with director J.J. Abrams moving to co-writing duties alongside veteran Wars writer Lawrence Kasdan. Abrams's own status on the film has also recently been in doubt, with rumours circulating that Abrams was keen on leaving the project. Production has also been delayed by several months, with filming expected to now start in the 'spring' rather than January 2014. What impact this has on the film's release date remains to be seen. 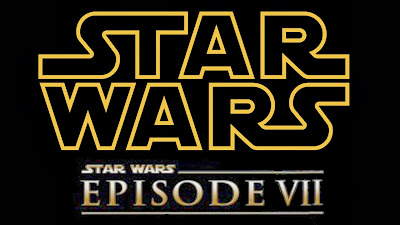 The first signs of trouble on the project appeared shortly after J.J. Abrams was confirmed as director. Abrams apparently began moves to delay the film's release to 2016. The need to start filming in early 2014 to hit the May 2015 release date meant that the pre-production window would be far shorter than Abrams was used to or comfortable with. Rumours began circulating in July that Abrams was unhappy with the relatively short (for a film of this magnitude) production timetable and was also not keen on relocating his young family to London for the shooting period. Abrams clearly decided to stay, but the fan rumour-mill is working overtime with speculation that greater script control may have been a condition of his remaining on the project; Abrams leaving and having to be replaced would have been a huge blow to the project.

Disney and Lucsfilm shot the 2016 idea down almost immediately. More recently there have been rumours that the film will need to be delayed anyway, to at least the end of 2015. Allegedly, these rumours have been coming from the Disney and Lucasfilm camp itself and may be a reflection of more crowded spring/summer 2015 release schedule (The Avengers: Age of Ultron, Man of Steel II and Pirates of the Caribbean 5 are all pencilled in for that time period) as well as giving the production more time. However, officially spring/summer 2015 remains the target date for the film.

Arndt's departure is a new blow for the project. Arndt, who worked on Toy Story 3 and wrote Little Miss Sunshine, brought some artistic credibility to what could have been seen as a shameless cash-in film. Apparently Arndt's outline treatment was so good that it got both Lucasfilm and Disney really excited about the film, and got him hired as scriptwriter for Episode VII itself. The combination of Arndt writing and Abrams directing was regarded as promising: Abrams is noted for his visual flair but the quality of his own scriptwriting and that of his regular team (Damon Lindelof, Alex Kurtzman and Roberto Orci) can charitably be described as 'variable'. The news that Arndt is out and Abrams will now be writing himself is likely not to be welcomed with open arms by fans.

Lawrence Kasdan, who was already advising on the project and was tapped to co-write Episode VIII and possibly one of the planned prequel side-films, will also be stepping up to co-write VII with Abrams. There is some reason for cautious optimism here, as Kasdan co-wrote Raiders of the Lost Ark, The Empire Strikes Back and Return of the Jedi. However, much of his work since Star Wars has been patchy (The Bodyguard is his only notable film since then) and Empire also had script input from veteran SF author Leigh Brackett (who is sadly no longer with us) as well as a fair bit of on-set improvisation from the cast and director Irvin Kershner.

Despite personnel issues, the film is still expected to begin shooting in early 2014. Rumours are also gathering that Lucasfilm and Disney may have announcements to make about the film (possibly including casting information) on 30 October.
Posted by Adam Whitehead at 19:29

For a contrary take, that says that this does not basically mean anything bad at all, you might consider also linking to:
http://jedinews.co.uk/news/news.aspx?newsID=14101

There's entirely the possibility that what you write is accurate. I'm just saying that not everybody is agreeing with this doom and gloom take on things.

Actually, Pirates of the Caribbean 5 was pushed to 2016 a couple months ago.

I don't think this is really that big a deal. Most screenplays go through a great number of writers before they're ready to film, including what most people consider the best of the Star Wars films, The Empire Strikes Back and Return of the Jedi. Honestly, I'm surprised they kept Ardnt on as long as they did. If they're still make major overhauls to the script this close to filming, that's a problem. But if Abrams and Kasdan are make tiny changes and only one or two big ones from the Ardnt script, it's just business as usual.

I dislike the great push to get things out by certain dates, especially when those dates are ambitious. I know why it's done that way (profit margin, appropriate release timing to maximize said profit margin), but focusing more on the speed than the quality often leads to problems. Let's just point and look quietly at the Knights of the Old Republic 2 video game for reasons why a focus on speed isn't the best. That game was only half a freaking game. But hey, it hit shelves at the right time, which was the big push. Never mind that it sucked goat balls in the end.

If the delay means that the movie comes out with better quality, then that's fine by me. Abrams has some big shoes to fill, not only catering to current fans but potentially trying to win back the disenfranchised fans who felt that Lucas sold out his dream. I'm happy to wait if it means that what I'm waiting for is better.

Lucasfilm's move of making an official announcement that Arndt is off the project tells me that it's not just business as usual as JediNews suggests. It's rather unusual. I'm still optimistic because JJ is more talented than a lot of fan communities give him credit for (Rottentomatoes agrees with me for what it's worth.) Everyone involved knows that they really can't afford to screw it up.

Arndt apparently got everyone excited with his draft, and while Little Miss Sunshine is not exactly my favourite movie, it shows a much better understanding of basic narrative than most of what Abrams has done since he became a director.

On the other hand, Lawrence Kasdan is a good sign. And I don't think you're being fair to the guy when you say he hasn't written any "notable" movies since Star Wars and Raiders, Adam: surely The Big Chill, Body Heat, and Silverado are all pretty major movies? Granted, he also wrote and directed Dreamcatcher, but his track record is still pretty heavily tilted towards the positive. Also, it's fairly well known that Leigh Brackett wasn't highly involved in writing ESB; her draft was apparently mostly discarded, but Lucas kept her credit out of respect. The final script is mostly Kasdan and Lucas.