Filming has started on Outlander, the TV adaptation of Diana Gabaldon's novel series of the same name. Showrunner Ron D. Moore and Gabaldon appeared at New York Comic-Con this weekend to talk about the series and how they envisage the project unfolding. 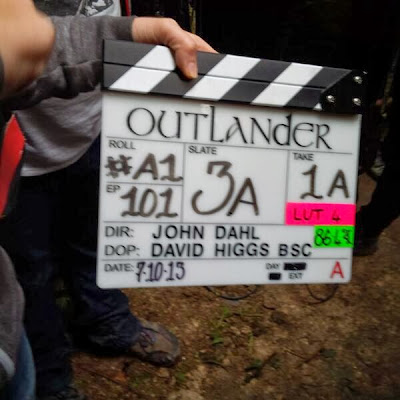 The good news for fans is that the show is staying true to the books: Claire's home time period is still WWII, not the present day (which would have seemed an obvious change to make) and the plot unfolds much as in the first novel, Outlander (retitled Cross Stitch in the UK for no readily apparent reason). Some characters, like Tobias Menzies' Black Jack, will have more screentime in the TV series than in the novel, but beyond that the adaptation will be faithful. Moore said he had no interest in 'rebooting' the basic concept like he did with the 'new' (or 'newer', we should say now) Battlestar Galactica, which is about to celebrate its tenth anniversary.

The first season of Outlander, which will be 16 episodes long, will air on Starz in 2014.
Posted by Adam Whitehead at 17:52