After completing the first draft in October, R. Scott Bakker has delivered the near-final, edited version of The Unholy Consult to his agent. From there publication plans will be made. A release date is some way off, but my guess would be that the book would be out in early 2015, or about a year from now. 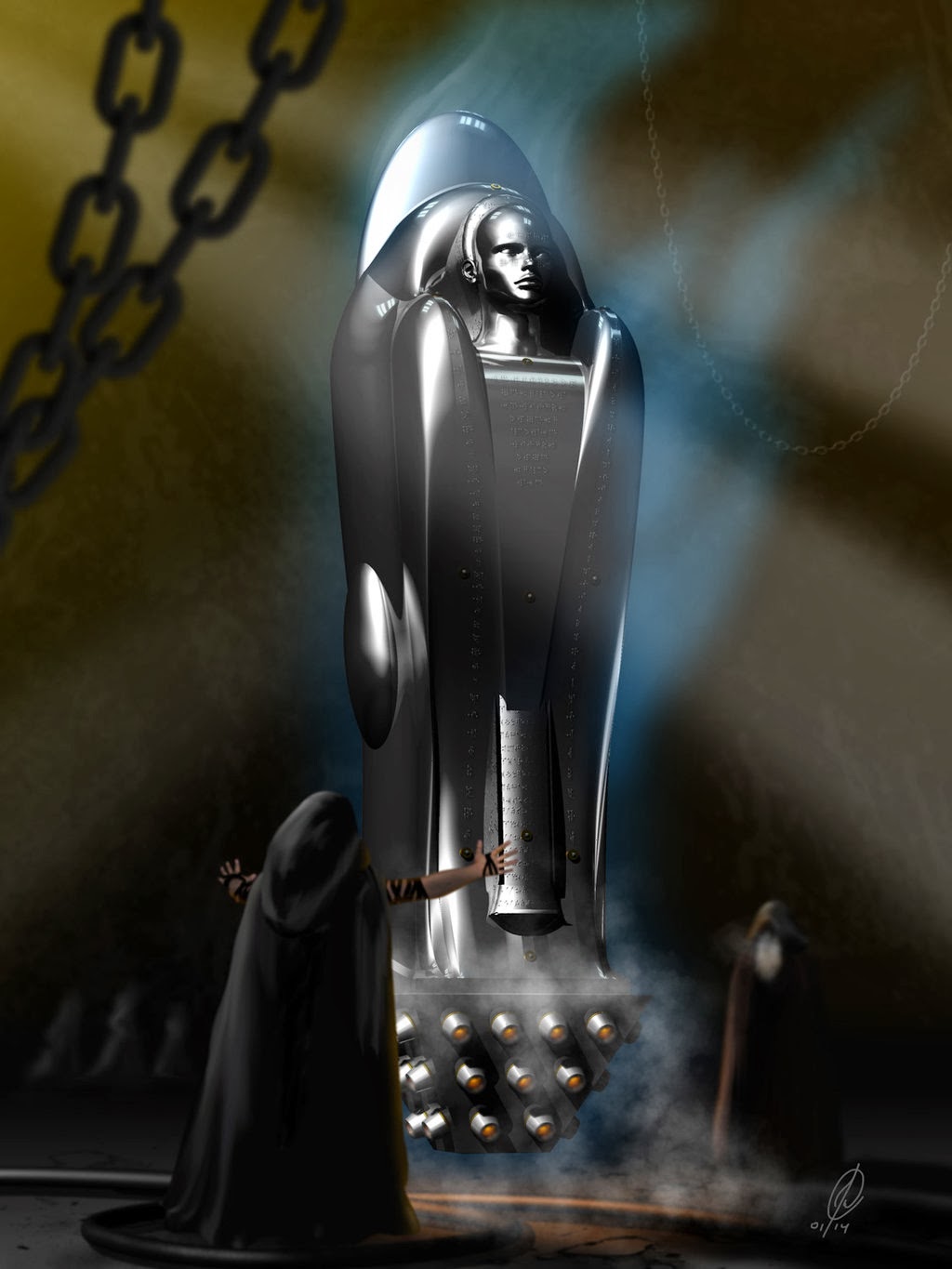 Fan-art of the No-God's Carapace, by SpiralHorizon on DeviantArt.

The Unholy Consult is the third and concluding volume in The Aspect-Emperor Trilogy and the sixth book overall in The Second Apocalypse series. According Bakker, this book will address a lot of questions from the start of the series and could serve as an end-point, although a further series (either a trilogy or duology) is planned.
Posted by Adam Whitehead at 11:35

Based on your experience, when can we expect a release date? A few weeks? A few months?

Well, that's some exciting news right there! Thanks for that.

We'll probably hear a release date in a few months,once Orbit and Overlook have figured out their schedules.

I hope this isn't the case, but based on sales, I don't know that he'll get to make another series, which would depress me to no end, given that I don't feel that he's ever been as appreciated as he should be.

Fantastic news! Most anticipated book for me.

Exciting news !
About the artwork.. Doesn't that carapace looks a bit dalek-ish?

That's not the cover art of the book.