Bobbie Draper cast on THE EXPANSE

Daniel Abraham and Ty Franck, who in gestalt form are known as James S.A. Corey, have confirmed that the fan-favourite character of Bobbie Draper has been cast for the second season of The Expanse. 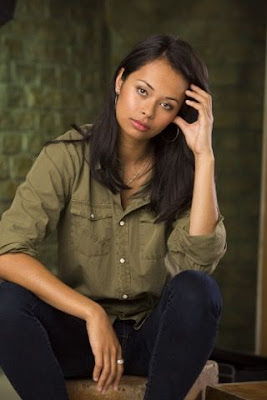 New Zealand actress Frankie Adams has been cast in the role. Adams is a relative newcomer, but impressed Abraham and Franck with her audition and they lobbied for her to be cast. Adams is an actress of Samoan descent and is over six feet tall. She is also an amateur boxer. The mix of acting skill and physical presence was deemed perfect for the role of Draper, a Martian marine who gets mixed up in a crisis on Ganymede in the novel Caliban's War.

The Expanse's second season begins production shortly, to debut on SyFy in January 2017. A UK airdate for the series or the DVD/Blu-Ray (already available in the States) has still not been set.
Posted by Adam Whitehead at 01:29