Over on my other blog, Atlas of Ice and Fire, I've taken a brief break from ASoIaF material to do some Battlestar Galactica-related map posts. 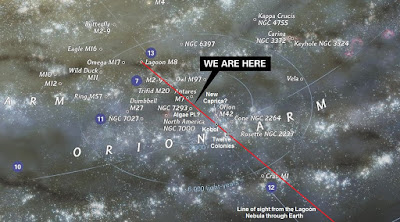 In the first post I look at the cartography of the Twelve Colonies and how you get twelve habitable planets into the same star system.

In the second post I look at the actual voyage of the Galactica and its refugee fleet from the Colonies to Earth, via Kobol, New Caprica, the Ionian Nebula and a host of other landmarks.
Posted by Adam Whitehead at 20:16