In breaking news, David Benioff and D.B. Weiss have asked HBO to end Game of Thrones after just twenty-three more episodes (including the imminent sixth season). Season 6, which starts on 24 April, will consist of 10 episodes as normal but Benioff and Weiss are envisaging two further seasons with a shorter run each. 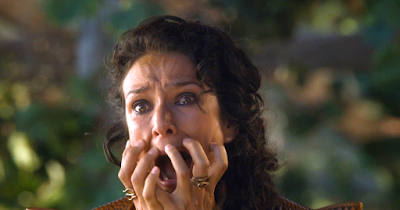 The likely reaction to this news from some hardcore show fans.

Benioff and Weiss's plan is for Season 7 to consist of seven episodes and Season 8 to consist of just six. The plan is for each season to have the same shooting schedule and budget as now, but this will allow them to focus both time and money in a way that has not been possible up until now. Indeed, the shooting schedule for episodes such as Watchers on the Wall (in Season 4), Hardhome (Season 5) and the penultimate episode of Season 6, featuring the largest battle filmed for the series to date, was so punishing it threatened to derail production altogether, with extra resources having to be drafted in.


“I think we’re down to our final 13 episodes after this season. We’re heading into the final lap,” said Benioff. “That’s the guess, though nothing is yet set in stone, but that’s what we’re looking at.”


If the show retains the $100 million budget it hit with Season 6, that means that theoretically each episode in Season 8 could have a budget of $16.6 million, making Game of Thrones quite easily the most expensive long-running TV show ever made.

It had previously been suggested that the final season could be a shorter run, or HBO could even count Seasons 7 and 8 as one extra-length season broken in half to focus more resources and money on each episode (HBO had previously followed this tactic on The Sopranos and Oz, whilst AMC had on Breaking Bad). This would also help with actor contracts, which might be up for renegotiation. However, HBO conducted significant renegotiations with the entire cast during Season 5 which would have likely rendered this point moot. So this isn't entirely unexpected news. It is unexpected that HBO and the producers would be openly discussing the plan. However, this may also be a form of damage control: if HBO turn round and announce the final two seasons will actually be seven-and-seven episodes, or eight-and-seven, that could be counted as a better outcome than this plan.


To live up to the standard they’ve set for themselves — and fans — Weiss and Benioff said they can’t continue to produce 10 episodes of the show in the show’s usual 12- or 14-month time frame. “It’s crossing out of a television schedule into more of a mid-range movie schedule,” Weiss said.


However, the plan does help explain the show's recent trailer for Season 6, which seemed to indicate that not a lot of story was necessarily left after the sixth season and spinning out the plot for twenty further episodes seemed improbable.


"Ser Titus of House Pullo! How many episodes of Game of Thrones are left after this season?" 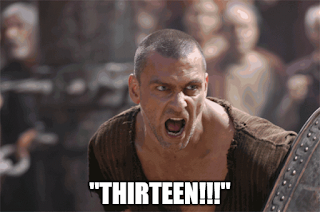 What will be of interest to readers is what this means for the Song of Ice and Fire novel series. Although the TV show has dropped a number of storylines and characters from the novels, the primary, overall story is still following the same beats. The fact that HBO think they can finish the story quite quickly after Season 6 may indicate that George R.R. Martin can actually likewise finish the books with two more novels as he has been promising for some time, to some scepticism.

It should be noted that Benioff and Weiss have not yet received approval from HBO for their plan. Indeed, it might be that HBO have let this discussion out into the public so if they negotiate more episodes - say 7 and 7 or 8 and 7 - it will feel more positive. With a formal confirmation of the renewal of Game of Thrones for its final two seasons expected within hours of the Season 6 premiere, we shouldn't have too long to wait to find out for sure. But certainly it would be impossible for these discussions to be made public if a shorter run of some kind wasn't certain at this time.
Posted by Adam Whitehead at 00:47

The sooner the mess the show has become is over and done with, the better. I'll wait for the books.