The Robert Jordan Estate has confirmed that a Wheel of Time television series is in development with a major studio. 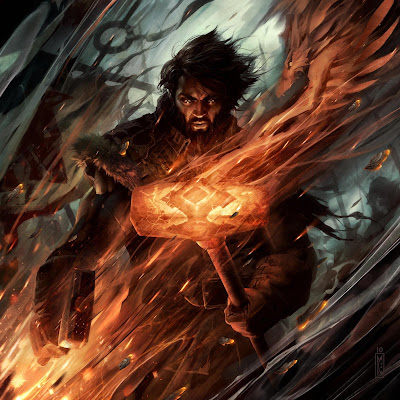 A more detailed announcement is to follow, but the Jordan Estate has confirmed that protracted legal disputes between themselves and Red Eagle Entertainment, who previously held the TV and film rights, have been resolved, clearing the way for a television series.

The timeline of previous events is as follows:


At the time Red Eagle withdrew its suit, there was speculation that this was part of a legal manoeuvre which would allow Red Eagle to retain a production credit on the project as it went forward. The full details should be made clearer in the coming days and weeks. 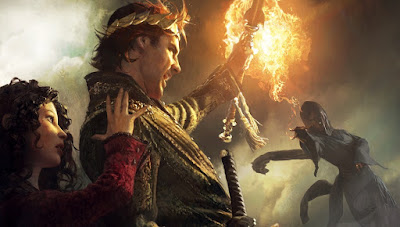 The question now is who has won the rights and where will the show end up being broadcast? I addressed this in my "Wheel of Television" blog series a few years ago (I may reprint and update in the coming weeks in light of this news), but we know that Sony were very interested in the project before the legal storm erupted. Assuming they retain that interest, they have to be the firm favourites to have won the rights. It is very likely that one of the major US cable channels would also be in the running, most likely AMC as they have the financial firepower, the timespan allotment (the 16-episode seasons they are giving - unnecessarily in some cases - to The Walking Dead would be pretty essential for The Wheel of Time), the genre savviness and the pre-existing Sony relationship (from Breaking Bad). Starz, Showtime and FX would also be other potential candidates to be interested. HBO is pretty much out of the running due to their refusal to double-dip in the same genre at the same time, or even within a few years of their previous genre show ending. However, we cannot rule out the possibility that Amazon or Netflix has swooped in on the project as well.

The Wheel of Time spans 14 novels, a prequel, two companion volumes and a computer game. Worldwide sales of the series are approximately 90 million, with over 56 million sales in the United States alone and another 5 million sales in the United Kingdom. It is the biggest-selling work of epic fantasy series* since The Lord of the Rings, dwarfing the sales of all other works in its subgenre, including Shannara (which has just had a second season of its TV adaptation on MTV greenlit) and The Kingkiller Chronicle (which has both a film and TV series in development at Lionsgate). Only A Song of Ice and Fire (the book series that Game of Thrones is based on) is in any danger of overtaking Wheel of Time in sales any time soon. In terms of unoptioned fantasy series, it was by far the highest-profile.

More news as it comes in.

* If you don't count Harry Potter as epic fantasy, which some people do, but that's a separate argument.
Posted by Adam Whitehead at 22:22

Coming so soon after it was announced that Game of Thrones is ending may be a sign. I hope.

I think one of the biggest challenges to doing a Wheel of Time TV show is tone. On the one hand, a lot of studios are keen to replicate Game of Thrones’ success, but that seems to also come with most of them thinking that that means “dark, bloody, gritty, sexy, and epic”. I feel like if that tone was applied to WoT, it just wouldn’t work (well, aside from the ‘epic’).

On the other hand, there’s also a push to get shows for the more YA audience, so a sort of YA GoT-lite has been brought up several times. Shannara, I think, came from this idea.

The problem, I think, is that WoT is pretty balanced in tone and content to be sort of halfway between those two. It’s not excessively dark and gritty. Sure, it has dark scenes and spots, but overall that’s not what it is. It’s also not exactly YA, even though it has a lot of pretty standard YA ideas and tropes in it (young teenagers off on an epic quest from a peaceful village, etc.). The Eye of the World, in particular (actually, really the first three books), feel pretty YA at times.

I think that striking the proper balance between not trying to make it too dark and gritty while also not making it too YA/younger focused is the key to the project. I think it could work well, the issue is getting a studio to see it that way too.

If this is to work they have to have at least 16 episodes per. season and they have to adapt at least 2 novels each season. My biggest fear is that it seams almost impossible that this show will have the budget for the FX needed.