GAME OF THRONES renewed for a seventh season, but not an eighth yet

HBO has renewed Game of Thrones for a seventh season, but - so far - not an eighth. HBO has been in discussions with Game of Thrones producers and showrunners David Benioff and D.B. Weiss about when to end the show and how many episodes are left. 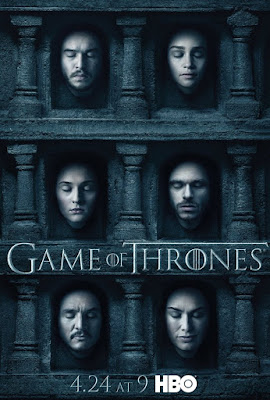 Just a few days ago, Benioff and Weiss confirmed that after the sixth season (which starts airing in the USA on Sunday) of 10 episodes, they believe there are only 13 hours worth of story left to wrap up the saga. Their preferred plan is for a shortened seventh season of 7 episodes in 2017, followed by an eighth and final season of 6 episodes in 2018. This would also allow them to concentrate more budget and allow more writing and shooting time for each episode.

HBO's preference has been for more episodes, and discussions have been in place on how to best achieve that. However, fans have been vocal in suggesting that, if there are really only 13 episodes left, then it may be better for HBO to order a larger, longer single season of 13 episodes with a corresponding budget hike, perhaps dividing the seventh season into two parts airing four or six months apart. Alternatively HBO may order a single season of 13 episodes, but split in the manner Benioff and Weiss suggested for a "Season 7, Part 1" and "Season 7, Part 2", similar to what HBO has done in the past for The Sopranos and Oz. AMC also did something similar for the final seasons of both Mad Men and Breaking Bad.

Whichever solution HBO has come up with, or whether they're waiting until a few episodes of the new season have aired and seeing what the ratings are like before committing to a plan, we should find out soon.
Posted by Adam Whitehead at 17:59