CBS is planning multiple new Star Trek TV projects after inking a $25 million deal with producer Alex Kurtzman to effectively take control of the TV arm of the franchise. 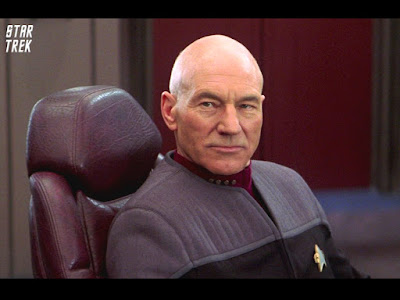 First up, Kurtzman has become Star Trek: Discovery's sole showrunner after writer-producers Gretchen Berg and Aaron Harberts were fired for alleged bullying and unprofessional behaviour in the writer's room. This shouldn't affect production of Discovery, which has filmed five episodes of its second season with the bulk of the writing for the season already complete. Discovery is due to return to CBS All Access at the start of 2019.

CBS are also considering four additional projects. Already in development is a fresh take on the long-mooted Starfleet Academy idea, this time fronted by Stephanie Savage and Josh Schwartz (Runaways). Nicholas Meyer (Star Trek II: The Wrath of Khan) is also developing a mini-series which will focus on the life of iconic Star Trek villain Khan Noonian Singh.

An animated series is also under consideration, but more interesting is another live action mini-series is planned, which is rumoured will be a sequel to the Next Generation/Deep Space Nine/Voyager era and may focus on Jean-Luc Picard, with Patrick Stewart being courted to return to the role. Stewart has never ruled out returning to the franchise and may be open to the idea, depending on the script. Stewart's last appearance as Picard was in the 2002 movie Star Trek: Nemesis, although he did return in 2006 to voice an appearance in the video game Star Trek: Legacy.

It's possible that some of these projects may air on CBS All Access and others on CBS itself.
Posted by Adam Whitehead at 21:07