When to Write: Debut Ages of Famous SF&F Authors

A few months ago, a fellow blogger announced they were writing their first novel via social media and were immediately criticised for being "too old" to start writing. This was a bizarre comment for several reasons, not least of which was that the person in question was really not that old at all, but also the idea that writing - a livelihood not dependent on fast reflexes or immense physical stamina, but one that benefits from life experience - should have any kind of appropriate age for it in the first place.
Still, I thought it would be interesting to take a snapshot of well-known SF&F authors and look at the ages they were when they debuted, and the results are surprisingly varied. 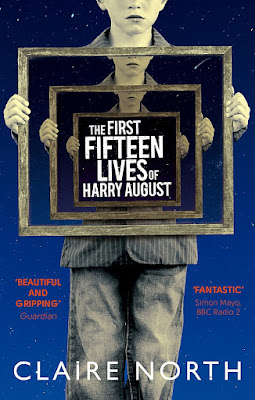 Coming in at the bottom end of the range is Catherine Webb, a British science fiction and fantasy author who has published critically-acclaimed work under her own name and under two pseudonyms: Kate Griffin and Claire North. Webb was 16 years old when she published her first novel, Mirror Dreams, 23 when she published A Madness of Angels (her first Matthew Swift urban fantasy novel) and 28 when she published arguably her best-known novel, The First Fifteen Lives of Harry August. She's only 32 now, with twenty novels under her belt in a career spanning sixteen years. More impressive is that Webb has attracted immense critical acclaim for her work, which is imaginative, thought-provoking, restless and constantly innovative.

Better-known, although considerably less artistically accomplished, is Christopher Paolini. His Inheritance series of fantasy novels began with Eragon, published when he was 19 years old.
Next up is that well-known young gun George R.R. Martin. His first published work was "The Hero", published in 1971 when Martin was 22 years old. His first novel, Dying of the Light, was published when he was 28, and he was 47 when his best-known novel, A Game of Thrones, was published.

Terry Pratchett got his novel-writing career off to an early start, publishing The Carpet People at the age of 23. However, he had long waits between his early books. His Discworld series kicked off with The Colour of Magic, published when he was 35.

China Mieville was 26 when he published his first novel, King Rat, but, overwhelmingly impressively, was only 27 when he published the massive, classic fantasy Perdido Street Station. He was still only 36 when The City and The City, one of his best-known novels, was published.

Robin Hobb aka Megan Lindholme was 27 when she published her first short story and 31 for her debut novel, Harpy's Flight. Her most famous novel (and debut as Robin Hobb), Assassin's Apprentice, was published when she was 43.

For those starting publishing a bit later than the median, there's Raymond E. Feist, who published Magician when he was 37. Gene Wolfe was 39 when he published his first novel and 49 when he released his best-known novel, The Shadow of the Torturer, which opened his Book of the New Sun sequence.

Steven Erikson was 39 when he published his debut novel, This River Awakes, and 40 when he released his first Malazan novel, Gardens of the Moon.

J.R.R. Tolkien was 44 when he published his first novel, The Hobbit, or There and Back Again, and 62 when he began publishing its sequel, The Lord of the Rings.

Terry Goodkind was 46 when he published his debut novel, Wizards' First Rule.

David Eddings was an impressive 50 years old when he published Pawn of Prophecy, beginning The Belgariad.

Richard Adams was 52 when he published his debut novel, Watership Down.

The conclusion to be drawn from this is that there is no good or bad time to start writing. If you have talent and skill and good judgement, that will become apparent if you're 16 or 76.


Thank you for reading The Wertzone. To help me provide better content, please consider contributing to my Patreon page and other funding methods, which will also get you exclusive content weeks before it goes live on my blogs. SF&F Questions and The Cities of Fantasy series are debuting on my Patreon feed and you can read them there one month before being published on the Wertzone.
Posted by Adam Whitehead at 17:01

These kind of random, but fascinating articles are why I've been following this blog for over 10 years. Thanks for the content!