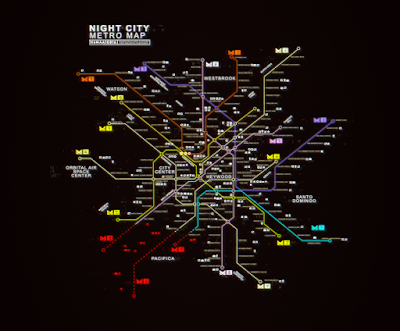 The action takes place in Night City, a new conurbation on the California coast between San Francisco and Los Angeles. Click to embiggen. This map was taken from here.

Cyberpunk 2077 is an epic roleplaying game set in Night City, California in the year 2077. The player plays a character of their own creation. Everything about the character is customisable: their gender, appearance, "life-path" (backstory) and cybernetic enhancements. What is fixed is their handle or nickname, "V", which was chosen to make dialogue more naturalistic. All dialogue in the game has been recorded by male and female actors. 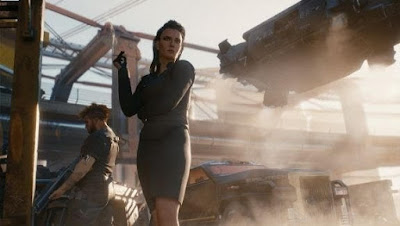 Unlike CD Projekt Red's previous game, The Witcher 3, Cyberpunk 2077 will be played primarily from a first-person perspective. You will see your character in certain circumstances (most notably cut-scenes and dialogue), but the game will be predominantly played from first-person, so more like Fallout or Deus Ex. 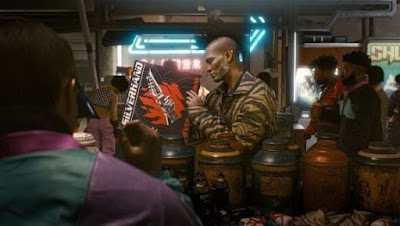 Although the game will be set in 2077, it's an alternative timeline that diverged from our own in the 1980s. The Cyberpunk pen-and-paper game history and timeline, which began in 2013 and became most popular through the Cyberpunk 2020 game, will remain intact. Characters from established Cyberpunk lore will appear in Cyberpunk 2077, as will corporations and factions. 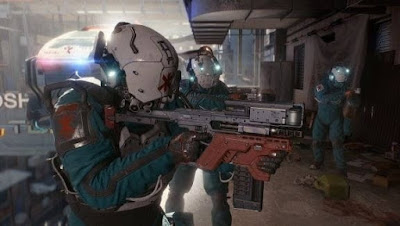 Night City has six distinct regions: Watson, Westbrook, Santo Domingo, Heywood, City Centre and Pacifica. Pacifica is a dangerous, lawless slum area (see the map above). Other areas are incredibly rich. The city is very vertical in orientation. The game has a full day/night cycle and numerous weather conditions.
Night City has several megatowers, which are basically Judge Dredd blocks. Each one of these blocks extends for many levels and has its own shops, gangs, factions and a multitude of NPCs and stuff to do, as well as the areas outside and around the city. 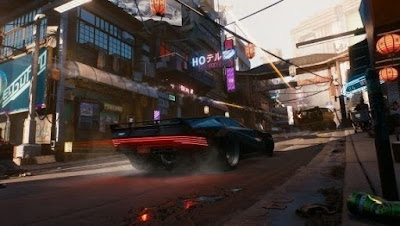 You can get around the city on foot, by subway, by car and by motorbike along with other vehicles that haven't been shown yet (but may include taxis, hovercars and ambulances).

There will be ranged combat, focusing on the use of guns, as well as melee. You can also hack other character's cybernetic enhancements, and use stealth to take people down. The game will include weapons that can fire through walls or fire "smart" ammo that can track targets. Combat in the game has been designed so people who enjoy "twitch" combat can dive in with ranged combat and those who are more interested in roleplaying can use smart weapons or even stealth to avoid head-on combat altogether. 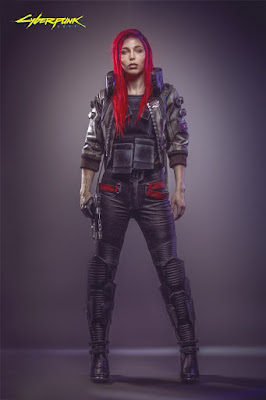 There will be three very rough "classes" you can follow: netrunner, techie and solo. However, these classes are highly fluid, allowing you to mix and match skills, attributes and cyber-enhancements as you like. Other Cyberpunk classes and archetypes, like rockerboys and corporate, will appear as other characters.

Advancement will come in two formats: standard EXP is gained from completing the main story quests. Streetcred is gained from doing side missions, killing tough bad guys and even things like wearing a fashionable jacket. Improving your streetcred will unlock new vendors, fixers and contacts who can give you access to new jobs. 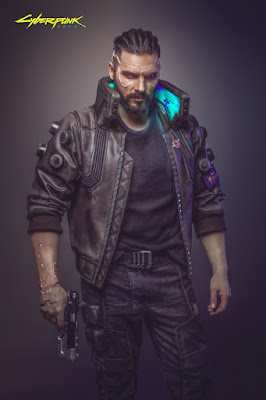 As you gain levels, you can improve your skills and cyberware, as well as gaining perks, special abilities you can use in and out of combat.

As with most cyberpunk narratives, the main story will focus on the inequality between the poor people in the streets and the rich people in the towers above.

Cyberpunk 2077 will be released on PS4, XB1 and PC. No release date has yet been announced.
Posted by Adam Whitehead at 20:48

"Unlike CD Projekt Red's previous game, The Witcher 3, Cyberpunk 2077 will be played primarily from a first-person perspective."

And like that, my interest largely dries up. Too bad; otherwise, the game looks cool.

Been really looking forward to this, but first-person shooter was not what I was expecting. Never enjoyed playing that type of game, so I guess this isn't for me.

Nice to hear there will be console versions, was dreading the possibility it would be PC only (and I went all Mac years ago).

Really wish it was 3rd person/over the shoulder like Witcher, but since the PC looks are customizable I can see 1st person being much easier to do and not worry about PC animations.

JD Woodman, have you played Fallout New Vegas or 4? RPGs can be done real time first-person, and it's a lot better for gun combat.

I'm not 100% in yet, I'd like to see some actual gameplay footage first. Thankfully there will be some time before release.

I slightly prefer the first person perspective (ala Deus Ex and Fallout 3) to over the shoulder for these types of games if they involve a lot of shooting. Of course it's hardly a deal breaker either way. I have played and enjoyed numerous games using both styles of control...

In any case, this may be the game that forces me to either buy a PS4 or upgrade my PC. Really looks fantastic. Love cyberpunk game settings in general, and was also a huge fan of the PnP RPG back in the day. Probably my favorite overall take on the genre. If some company I'd never heard of were doing it I'd be excited, but as a follow up to Witcher 3 ..color me enthused.

Joe, I have played Fallout New Vegas, among other 1st person RPGs over the years, so I know RPGs can be done that way--but I've always been left with the impression that they probably shouldn't be.

Personally I find the first person viewpoint in games comparable to walking around while looking through a paper towel tube. I find that sense of tunnel vision very disorienting and unpleasant.

JD Woodman, that's fair enough. I've been playing FPS's for many years, so I'm fine with the view. For that matter, my RL viewpoint is first person. :)

In a FPS game a character can be directly beside you, but unseen due to this effect, where in real life you'd see them in your peripheral vision. 3rd person over the shoulder actually better captures a real field of vision because of that.

Most video games now allow you to set the FOV to a much higher level, although some you need mods to do it (New Vegas, for example). CP2077 will certainly have a high level of FOV customisation to overcome that issue.

Now, that would be helpful for players like me, but I don't think most games let it go that high. Overwatch, for instance, is maxed at 103; CS:GO is 106. Hopefully, like you say, CP2077 will allow higher than those.

everyone is hating on the fact its mostly FPS.. theres still 3rd person elements. And this isnt the witcher, its a whole new game. give it a chance youve only been waiting 5 years