I've covered this before in a few different ways, but I thought it'd be good to put this one to bed by combining two distinct orders for Babylon 5 - the ideal viewing order and the actual chronological order of the episodes - into one post. 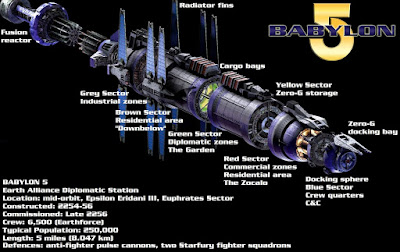 For the benefit of Amazon Prime viewers, you need to select the pilot episode, The Gathering, from the "Season 1 Bonus Features" at the bottom of the season list, and then watch Episode 1 (Midnight on the Fire Line) afterwards and go from there. The six TV movies and spin-off series Crusade are not yet available on Amazon Prime but apparently are on their way.

In the Beginning and Thirdspace (TV movies)

River of Souls and Call to Arms (TV movies)

Crusade in one of the orders listed on the Wiki page. The precise order for Crusade is highly debatable.

Legends of the Rangers and The Lost Tales (TV movies)

Some fans will suggest holding back the final episode of Season 5 proper, Sleeping in Light until after everything else as it is set later and puts the final capstone on the Babylon 5 arc. This is a viable moderation to the viewing order. 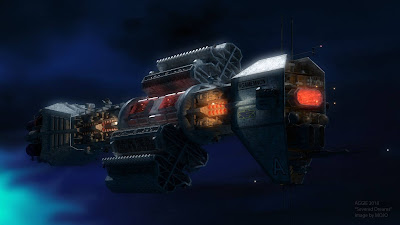 This is not a viable viewing order, because the prequel movies and so on spoil events from chronologically later episodes. However, this may be of interest. Confirmed dates - ones given in dialogue, captions or can be inferred by the episode's relationship to episodes with confirmed dates - are given in bold. All other dates are speculative or unknown.

Please note that SPOILERS FOLLOW for new viewers so only click past the jump if you're sure:


July 2245-late 2248: In the Beginning (based on the dates given in A Late Delivery from Avalon and word of the show's creator)

3 January 2257: The Gathering (based on dates given in Divided Loyalties)

Unknown: Midnight on the Firing Line, Soul Hunter, Born to the Purple

9 March 2258: Infection (according to the DVD Timeline)

3 August 2258: Signs and Portents (given in dialogue)
Unknown: TKO, Grail

Unknown: Legacies, A Voice in the Wilderness Part 1 & Part 2,  Babylon Squared, The Quality of Mercy
30 December 2258: Chrysalis (given on-screen)

22 January 2259: Revelations (Sheridan has been on the station for two weeks)

Unknown: The Geometry of Shadows, A Distant Star, The Long Dark, Spider in the Web

Mid-April 2259: The Coming of Shadows (according to the DVD timeline)

Late June/early July 2259: All Alone in the Night (Sheridan has been on B5 for around 6 months)

Unknown: There All the Honour Lies

Early September 2259: And Now For a Word (the documentary in the episode is filmed a few days or weeks prior to its transmission on 16 September 2259)

August or Sept 2259: Knives (Sheridan has been on B5 for over seven months)

October 22529: The Long, Twilight Struggle (the war has been going on for 6 months)

c. 4 January 2260: Matters of Honour (it’s ten days since the events of The Fall of Night)

Unknown: A Day in the Strife, Passing Through Gethsemane

Mid-February 2260: Voices of Authority (extrapolating from the dates for senate hearings given in Messages from Earth)

4 March 2260: Dust to Dust (the events of Point of No Return takes place five weeks/35 days after the end of this episode)

27 March 2260: Exogenesis (one week before the next episode) 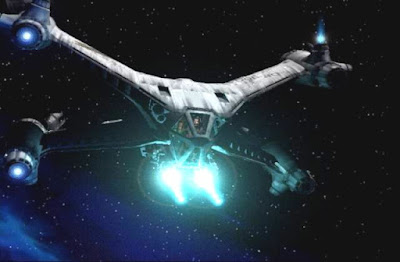 The Earth Alliance Civil War began on 8 April 2260, when President Clark illegally declared martial law and the colonies on Mars, Proxima III, Orion VII and Babylon 5 seceded in opposition, and ended on 3 November 2261 with Clark's suicide following the collapse of his support.

4-8 April 2260: Messages from Earth (this episode spans 4 days, ending the second the next one begins)

13 April 2260: Severed Dreams (five days after the events of the previous episode)

Mid-April 2260: Ceremonies of Light and Dark (a few days after the events of the previous episode)

Mid-July 2260: A Late Delivery From Avalon

24 July 2260: Ship of Tears (ten days before the events of the following episode)

3 August 2260: Interludes and Examinations (the date is given in dialogue)

19-21 December 2260: Z’ha’dum (picking up immediately after the preceding episode)

3-4 January 2261: Whatever Happened to Mr. Garibaldi? (confirmed by JMS after the wrong date – 8 January was written in the script)

19 January 2261: Falling Towards Apotheosis (it is two days since the events of the last episode)

26 January 2261: Into the Fire (it is three days since the previous episode) 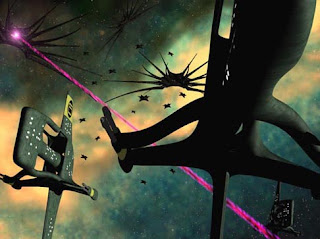 The Shadow War began on 24 July 2260 when the Shadows launched an open attack on Brakiri space and concluded with the Battle of Coriana VI on 26 January 2261, the largest space battle in recorded history. However, some date the true start of the war to the discovery that the Shadows had returned to known space in 2253.

27-31 January 2261: Epiphanies (almost immediately after the last episode and incorporating a round trip to Z’ha’dum)

February 2261: Thirdspace (between the end of the Shadow War and the Earth Alliance Civil War heating up again)

29 March 2261: The Illusion of Truth (the ISN crew films the report on B5 2 weeks before it is broadcast)

Late April or Early May 2261: Atonement (a few weeks after the events of the previous episode)

May 2261: Racing Mars (two weeks after the events of the previous episode)

Unknown: Lines of Communication, Conflicts of Interest, Rumours, Bargains and Lies, Moments of Transition
2 September 2261: No Surrender, No Retreat (the date is given in dialogue)

4 September 2261: The Exercise of Vital Powers (two days after the previous episode)

October 2261: The Face of the Enemy (Sheridan’s campaign has been underway for “weeks”; he is in custody for only about a week in total)

23 October 2261: Intersections in Real Time (about a week before the next episode)

30-31 October 2261: Between the Darkness and the Light (the episode ends a day or two before the next one begins)

January 2262: No Compromises (very soon after the preceding episode)

Unknown: Almost the rest of Season 5

June 2263: River of Souls (six months after Sheridan left B5)

2265: Legend of the Rangers (promotional materials)

December 2271: The Lost Tales (10 years after the founding of the Interstellar Alliance)


* Some alternate fan orders for Season 1 exist. This is because Season 1 was shot completely out of order and when the viewing order was assembled a few, very minor continuity issues crept in. The most notable of these is that in Episode 17 (Legacies), Delenn makes use of a device she doesn't receive until Episode 20 (Babylon Squared). I would say this is a very minor point and not worth disrupting the viewing order of Season 1 over.

** The episodes Voices of Authority and Passing Through Gethsemane were flipped for transmission in Season 3, and a few episodes later the same thing happened with Sic Transit Vir and A Late Delivery from Avalon. However, there is no continuity issue caused by this (unlike the Season 2 flips) so they can remain where they are.
Posted by Adam Whitehead at 17:51

This is the correct chronological order of the Babylon 5 universe. From the In house reference The Babylon 5 Historical Database researched and compiled by Terry Jones with the input, cooperation and authorisation of Joe Straczynski.

The most popular Babylon 5 Viewing Orders for all TV Episodes and Movies are now listed here: https://babylon5.fandom.com/wiki/Viewing_Order