The BBC and Bad Wolf Productions have tapped James McAvoy to play the role of Lord Asriel in their upcoming adaptation of Philip Pullman's His Dark Materials trilogy. 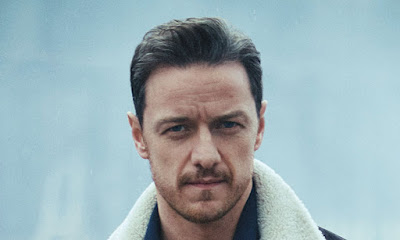 Asriel is one of the main antagonists of the novel series (although that's probably simplifying his role too much). He was played by Daniel Craig in the unsuccessful 2007 movie version of the first book.

Also joining the project is Clarke Peters, who is best-known for playing Lester Freamon on The Wire. Peters will be playing one of the masters at Oxford who raises Lyra.

As previously announced, Dafne Keen (Logan) is playing the role of Lyra and Lin-Manuel Miranda (Hamilton) is playing Lee Scoresby.

The BBC and Bad Wolf Productions are collaborating on the series, which they envisage as unfolding over four eight-episode seasons. Netflix and Apple TV are reportedly in a clash for the international streaming rights.
Posted by Adam Whitehead at 21:48