In a surprising move, the cable network Showtime has commissioned a 10-episode TV series based on the space opera video game series Halo. 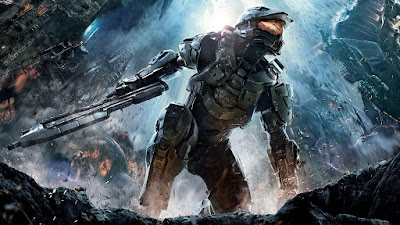 Kyle Killen (Awake, Lone Star, Mind Games) will act as showrunner and chief writer, whilst Rupert Wyatt (The Escapist, Rise of the Planet of the Apes, Captive State, The Exorcist) will direct multiple episodes and serve as a producer.

The Halo video game franchise has included nine console and PC games, two arcade shooters and multiple spin-off novels and comics. The franchise has sold over 77 million units, generating $5 billion in revenue for Microsoft. The game series depicts a war between the United Nations Space Command (UNSC), including Earth and her colonies, and an alien race known as the Covenant. This war is complicated by the discovery of a massive, ring-shaped space habitat known as the Halo and the discovery of an alien threat known as the Flood, which the Halo is designed to hold back. In the original Halo: Combat Evolved and its direct sequels, it falls to a human hero (known as "Master Chief") to save humanity from the Flood. More recent games have focused on new threats and new discoveries about the origin of the Halo. It is not yet known when or where the Halo TV show will be set relative to the timeline of the games.

Showtime's move into big-budget, high-concept franchise TV is a response to the recent announcement of multiple high-profile projects by studios and networks including HBO, Netflix and Amazon. The acquisition of the Halo licence is particularly notable, since the Halo video games are partially inspired by Larry Niven's Ringworld and Iain Banks' Culture novel series, both of which are now being developed as TV shows for Amazon.

Showtime are apparently betting the farm on Halo, following the extremely expensive Twin Peaks revival last year which attracted critical acclaim but low ratings. The network are seeing this show as the opportunity to take the fight to their rivals.